1995 was the 'one that got away' from Leitrim footballers 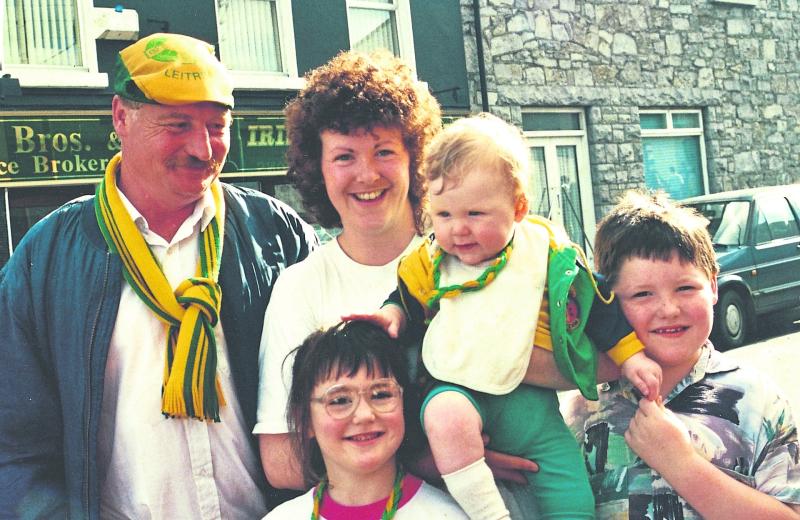 There is one thing Leitrim’s team of 1994 talk about as much, if not more, than their historic triumph and it is the one that got away: the 1995 Connacht Senior Championship!

You’d think that a team that created history would have little or no regrets when they look back over their career. You’d be wrong!

Unbidden and unasked, to a man, they all brought up 1995 during our interviews, each recalling the gut wrenching sense of loss when Galway came from three points down with two minutes to go to snatch victory in Pairc Sean Mac Diarmada!
And to a man, they all believe with all of their hearts that it denied them a place in that year’s All-Ireland Final!
Seamus Quinn, All-Star and a man not given to outrageous statements, says “If we had to get over Galway here in Carrick-on-Shannon, I’d say we would have went on and got to an All-Ireland Final.

“The team would have been a year wiser, we had been there the previous year - that is really the most annoying thing that we didn’t put back to back titles together. That was the chance and we’ll probably never get another chance in Leitrim to do it.
“As a team, we were used to playing together, we had done it the year before and Galway ran Tyrone to a goal in the semi-final - that’s how close we were.”

His manager John O’Mahony describes it today as “just heartbreaking”, adding “The regret is 1995. That’s natural because we had it won. Ciaran McGovern was going through, he could have gone for a goal but he did the right thing, took the point but then they got three chances.”

Tommy Moran describes it in rather dramatic terms: “When we lost it, it was the same as if my mother was after dying all over again. The biggest regret is that we didn’t win a second one, all the players would have regretted that."
“All the preparations were the same, the backroom team was the same, the team didn't really change. Nothing was left to chance, it was the same high standards but there was a higher expectation."

The Galway game was fixed for 6pm in Pairc Sean Mac Diarmada and "it was the first Connacht Championship game to be televised live, first all ticket match. If you came without a ticket you had to walk back into Carrick to get one."
Some blamed O’Mahony for the fateful decision to take off Padraig Kenny, a move that freed up Sean Og De Paor to attack with devastating consequences in the final minutes. It is something that Aidan Rooney has thought long and hard about and his conclusion is that the loss was down to the players!

Also read: Tommy Moran reflects on Leitrim's once in a lifetime chance back in 1994

“At the end of the day, players lose games, players win games too. Managers have very little to do with that kind of stuff, you can’t control what goes on on the field, you can control the preparation, the tactical side of the game to a degree.
“But a manager can’t win the game, the players have to go and win the game. People talk about Johnno being a great manager and Johnno is a great manager but what it taught me about management is that we all make mistakes.
“I’m not blaming Johnno in any way, we as players lost the game. The game was there to be won at home in front of our own fans, having won the previous two years against Galway, there was no reason to lose.”

You sense it is a major regret for the Manor native as he reckons Leitrim were close to the ultimate prize: “We were so close and people even laugh even further - we could have won the All-Ireland that year, that was the reality. We had the Dublin thing out of our system and we had beaten Tyrone in the League so we knew where we were in the scheme of things.
“Unfortunately the wheels came off in Carrick and that is a big regret for me. I have three things that stick in my mind.
“I was lucky enough to be involved in 2000 when we beat Roscommon in the Hyde, that to me was actually a better victory than 94 because in 94, we were the best team in Connacht. In 2000, we weren’t but we beat Roscommon that day and that was a fairytale.

“The Connacht Final afterwards was another regret because we should have been closer than we were. But that was a Galway team winning All-Irelands - that is still the level we were at six years on with a team that had completed disbanded bar four of us.
“The reality was we were still able to compete. 1995 sticks out because whatever happened, we took our foot off the gas. We were better than Galway but we didn’t put it away.
“Taking off Kenny was probably the mistake Johnno made but I’ve made loads of mistakes as a manager, you try to learn from them. I’m sure Johnno was trying strategically to kill the game but Sean De Paor had his mind made up - once Padraig went off, he was going. The game turned on its head.”

So despite the glory of '94, the hurt from the one that got away in '95 is just as raw as it was all those years ago.