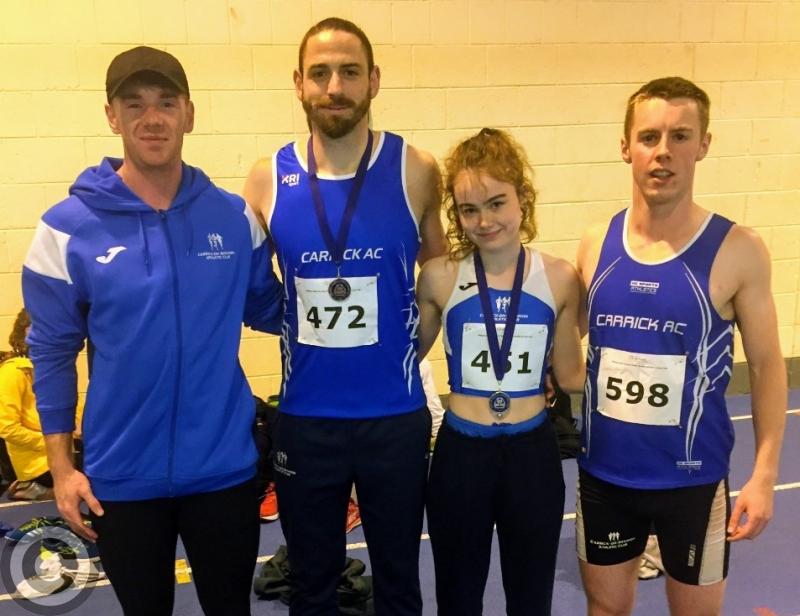 Carrick-on-Shannon AC duo Gerard O'Donnell and Eanna Madden have both been selected for the Irish team that will compete in the European Athletics Team Championships First League in Norway.

O'Donnell, who won the 110m Hurdles title for the third year in a row at the Irish Life Health Athletics Ireland Senior Track & Field Championships, gets the nod in his 110m Hurdles event while Eanna has been named on the 4 x 100m relay squad.

Gerard had battled injury since his appearance in Minsk at the European Games but showed great form to take the 110m title in Morton Stadium on Sunday in a time of 14.26 seconds, overhauling early leader Matthew Behan of Crusaders.

Eanna, however, had a difficult weekend as he wisely pulled up with muscle tightness in his 100m heat on Saturday. Although he missed the race, the decision meant he didn't aggravate the injury and his excellent form this year means he has been added to the relay squad.

Both Eanna and Gerard are in the same training group in Dublin under coach Jeremy Lyons and they will be joined by another training partner Sophie Becker who will be on the 4 x 400m team.

The event will be held from 9-11 August to take place in Sandnes, Norway, situated immediately to the south of Stavanger, Sandnes is the eighth largest city in Norway by population. The Sandnes Stadium - which can accommodate around 5000 spectators - regularly plays host to the Norwegian Championships and the city has grown in familiarity to athletics fans in recent years as it is the hometown of the Ingebrigtsen family.

Hosts Norway will have a very strong team with the Ingebrigtsen brothers and reigning world and European 400m hurdles champion Karsten Warholm while the Netherlands will be hoping to have sprint star Dafne Schippers on their team.