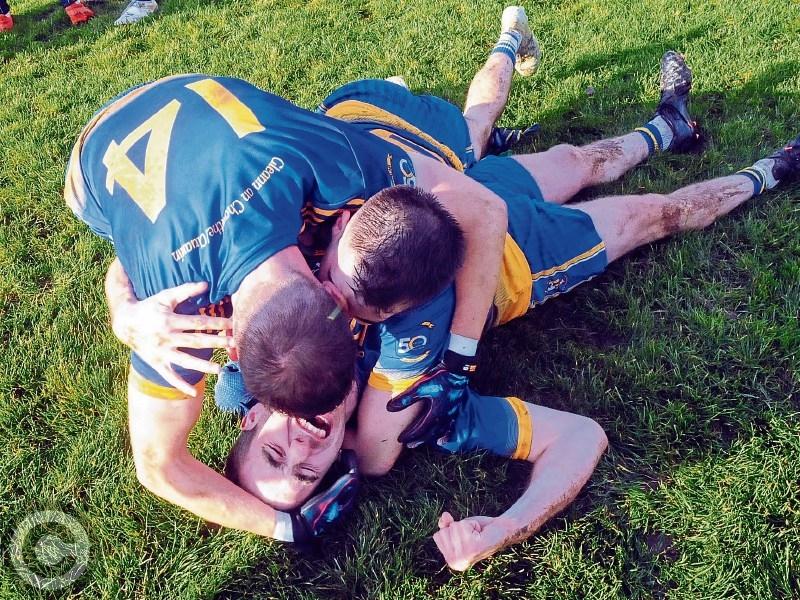 Where to start? Simple, congratulations to Glencar/Manorhamilton and Leitrim Gaels on their historic achievements and heartfelt commiserations to both Ballinamore Sean O'Heslin's and Drumkeerin.

It is possible to be both delighted for the winners and heartbroken for the vanquished, the plight of Drumkeerin in losing a fourth Intermediate Final over 12 years, along with innumerable semi-finals, attracting the most sympathy. When Drumkeerin finally do make it over the line and lift the Frank Reynolds Cup, watch out for the outpouring of good will and joy. They definitely deserve their day in the sun.

That's not detracting from Leitrim Gaels - Leitrim's youngest club now that St Osnat's Glencar are gone, the Leitrim Village side took a major step to becoming one of the county's elite forces. That's a big claim but just look at the population and their enormous underage resources and you can see it is a matter of not if but when.

The Senior championship now beckons and the Gaels could face their neighbours in St Mary's Kiltoghert and Allen Gaels next year - just watch the sparks fly!

Donal Feely's red card and its impact on Sunday's Senior Final is discussed elsewhere in these pages and there is no denying it had an impact - how could it not with 14 against 15 for half the game.

Tricky thing is we know how Ballinamore Sean O'Heslin's were effected - Wayne McKeon had to drop back into defence and the Ballinamore attack faced an extra defender, not easy when you are chasing a game and the opposition has the security blanket of a spare man in front of the danger zone.

Trouble is you can argue, and with some justification, that the red card hurt Glencar/Manor as much, if not more than O'Heslin's. 15 on 15, the north Leitrim men were driven, ruthless and incisive but with an extra man, their play became lethargic and uncertain, the thought of “holding what they had” rather than pushing on to grab the title perhaps taking hold unconsciously in their minds.

In the end, the extra man was vital on a heavy pitch and it had to make a difference in a game decided by such a tight margin. I completely understand the anger in Ballinamore but you have to be careful that anger can't take away from the achievement of a magnificent Glencar/ Manorhamilton team.

The young brigade of Dolan, Brady and Rooney played big roles but Sunday was about the veterans who have laboured so hard for so long on so many days for the north Leitrim men. The McDonald brothers, Paddy Maguire, Darren Sweeney, Adrian Croal and James Glancy all join Dominic Kelly with five Senior championship medals, what a haul!

And what about the legendary Pat Gilmartin, and you can describe him as nothing else, who claimed another medal 20 years after being a sub on Glencar/Manor's 1999 team!

Spare a thought too for Shane Ward, joint manager with Kieran Fox, who endured a torrid time with Leitrim and beset by unfair criticism online. The Donegal native showed his teams can mix the best of attacking football with all the implacability of the famed Donegal blanket defence.

Both teams, and you must include Ballinamore, produced a first half of the highest quality, exceptional stuff that lifted the soul. The second half was brutally tense and exciting but the tension meant it never got to the heights of the first in terms of pure quality.

That will matter little to Glencar/Manorhamilton who regained the Fenagh Cup after four losing finals. Sunday may be the end of the era with their some of veterans considering their future but if it is the end of an era for some, what a way to go out.

When the annoyance subsides in Ballinamore, reflection will show just how close they came to the title and how much character they showed in that second half. If they use their hurt from Sunday in a positive way, rather than wallow in self-pity and anger, the glory days are not that far away!

Finally, commiserations to St Joseph's who lost what was, by all accounts, a controversial Connacht Ladies Intermediate Final. Defeat will sting but they have done much to restore Leitrim Ladies reputation.

Congratulations must go to Drumreilly on their Division 2 triumph. Talk of Declan Maxwell scoring a couple of points that defy belief is great to hear. Another legend enjoying his day in the sun.