A day of celebration in Dromahair marks opening of new facilities 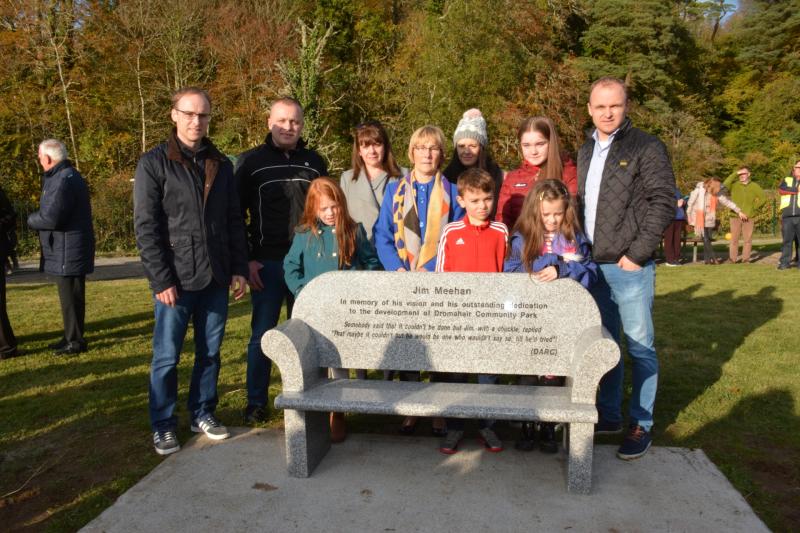 The fruits of 10 years hard work were unveiled in Dromahair on Bank Holiday Monday as the newly completed full-sized astro turf pitch was officially opened as was a footpath from the village to the community park.

It was also a day of remembrance as a seat was unveiled in memory of Jim Meehan in recognition of the work he did ensuring the project was successfully advanced to this stage.

The fundraising, meetings and hard work put in by the committee has resulted in the park being transformed in recent years.

A walkway loops around the existing football field, through a wooded area, with outdoor gym equipment localted along the walkway. A playground has also been installed, work has been carried out on the pavillion building and the most recent development is the completion of the top class astro turf pitch. 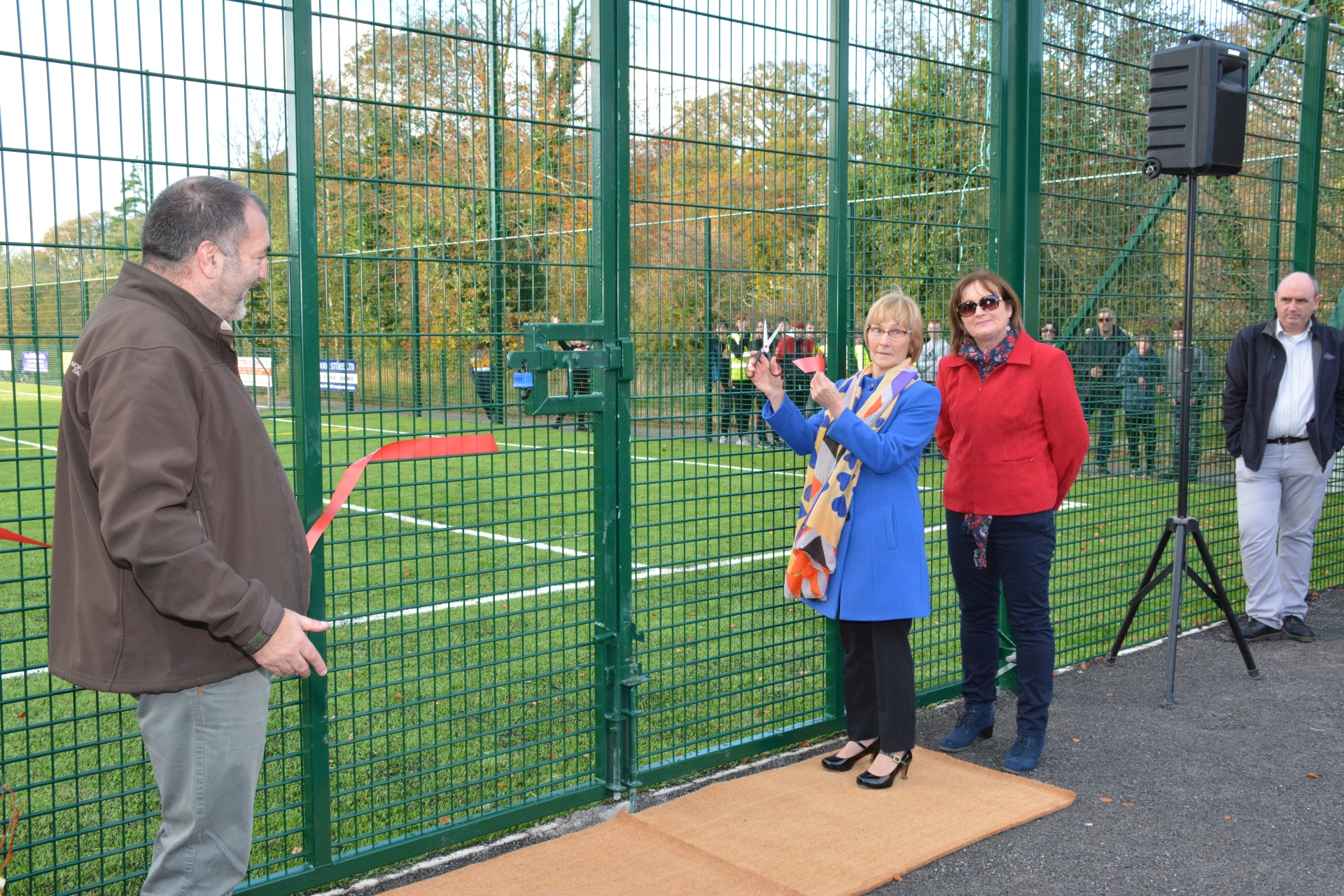 A crowd of several hundred were treated to an afternoon of winter sunshine as the Chairman of Dromahair Arts and Recreation Centre (DARC) Gerry Ballantine gave a background on the work that has been involved in advancing the project to this stage.

Gerry payed tribute to the hard working committee saying: “Anyone who has ever tried to plan anything knows it is extremely difficult but the committee have been brilliant. They have been extremely gracious with their time and very dedicated. This is a testament to them.”

He also acknowledged the support received from the local community saying: “I would like to thank the community, the reason why this happened and is here.”

Gerry noted that over €300,000 was raised within the local community adding: “Most rural communities are deluded of facilities. Here we have created a hub for everyone from the elderly to the tiny tots.

“It is phenomenal the amount of people that are using it and now we want people to continue to use it, protect it and help to develop it further. These are your facilities, for your usage,” he said.

A lovely afternoon on Sunday at the official opening of #Dromahair's new sports & recreation facilities and the unveiling of the seat in memory of Jim Meehan, Treasurer of the Dromahair Arts and Recreation Centre Association (DARC) #Leitrim @DromahairGAA pic.twitter.com/3oVltjVTYs

Deputy Tony McLoughlin also addressed the assembled crowd saying: “Dromahair has been expanding rapidly and there was a need for facilities.

A new footpath linking the park to the village was also officially opened with chairperson of Dromahair Development Association, Margaret Sharkey saying she had been attending meetings and fighting to secure funding for the development since she first “locked horns” with Joseph Gilhooley in 1999. 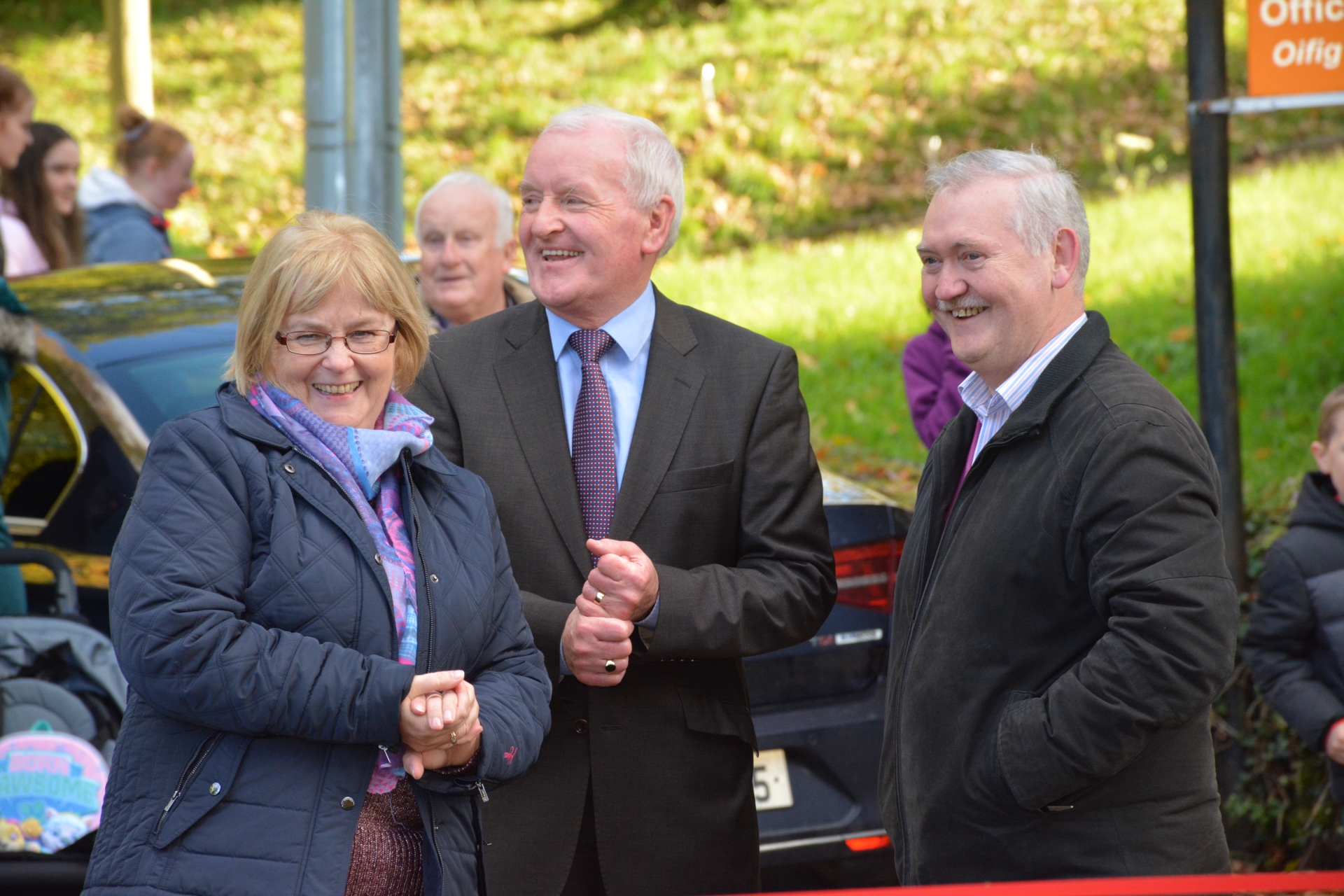 Margaret expressed her thanks to the local community for the support that helped ensure the project which cost €159,000 became a reality.

“The support from the community was incredible. I was asked why you have to fundraise for a footpath but we had to pick up the gauntlet.”

Brian Smith spoke at the official opening of the astro turf pitch, on behalf of Leader saying: “I'd equate it to an orchestra.

There is the sound of the community, people talking, kids playing and the river.”

Mr Smith paid particular tribute to the work of Gerry Ballantine and Jim Meehan saying: “The tune has greatly played out today, the sound of a community working well together.”

A good day & huge crowd in #Dromahair for the official opening of the various community facilities at the Park and the footpath with @TonyMcLTD A €378,000 contribution from LEADER over 2 programmes. Great community efforts. Remembering Jim Meehan & his huge contribution also. pic.twitter.com/iR3U8JSnRj