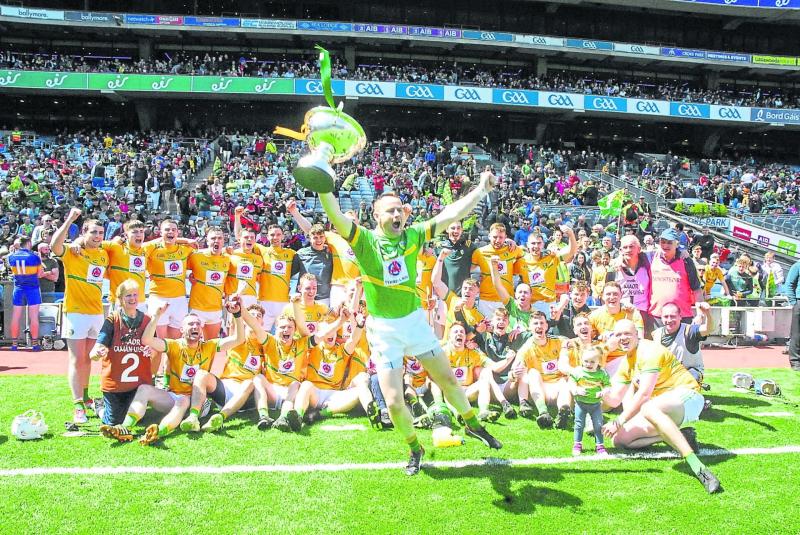 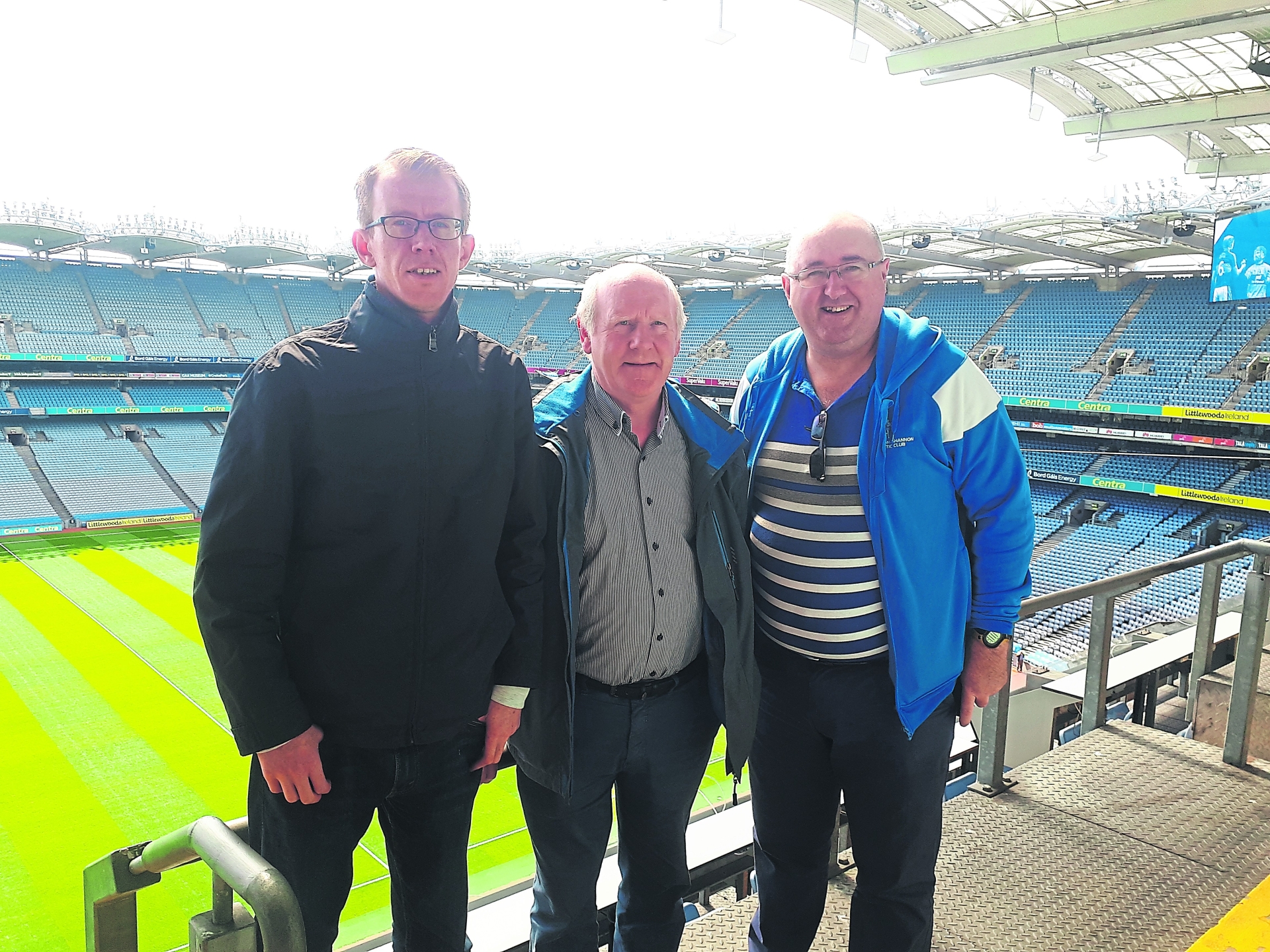 Glencar/Manorhamilton regaining their senior crown, St Joseph’s sealing the three in a row and the Leitrim senior footballers finally reaching Division 3 were all memorable highlights but my standout moment of the year was the Leitrim hurlers Lory Meagher Cup victory.
The sanctuary of a Croke Park winning dressing room is normally strictly reserved for those connected with the team but the Leitrim players and management were happy to open those famous yellow doors and welcome the local press, to share their moment and conduct post match interviews.
Getting an insight into those magical moments was an undoubted highlight. 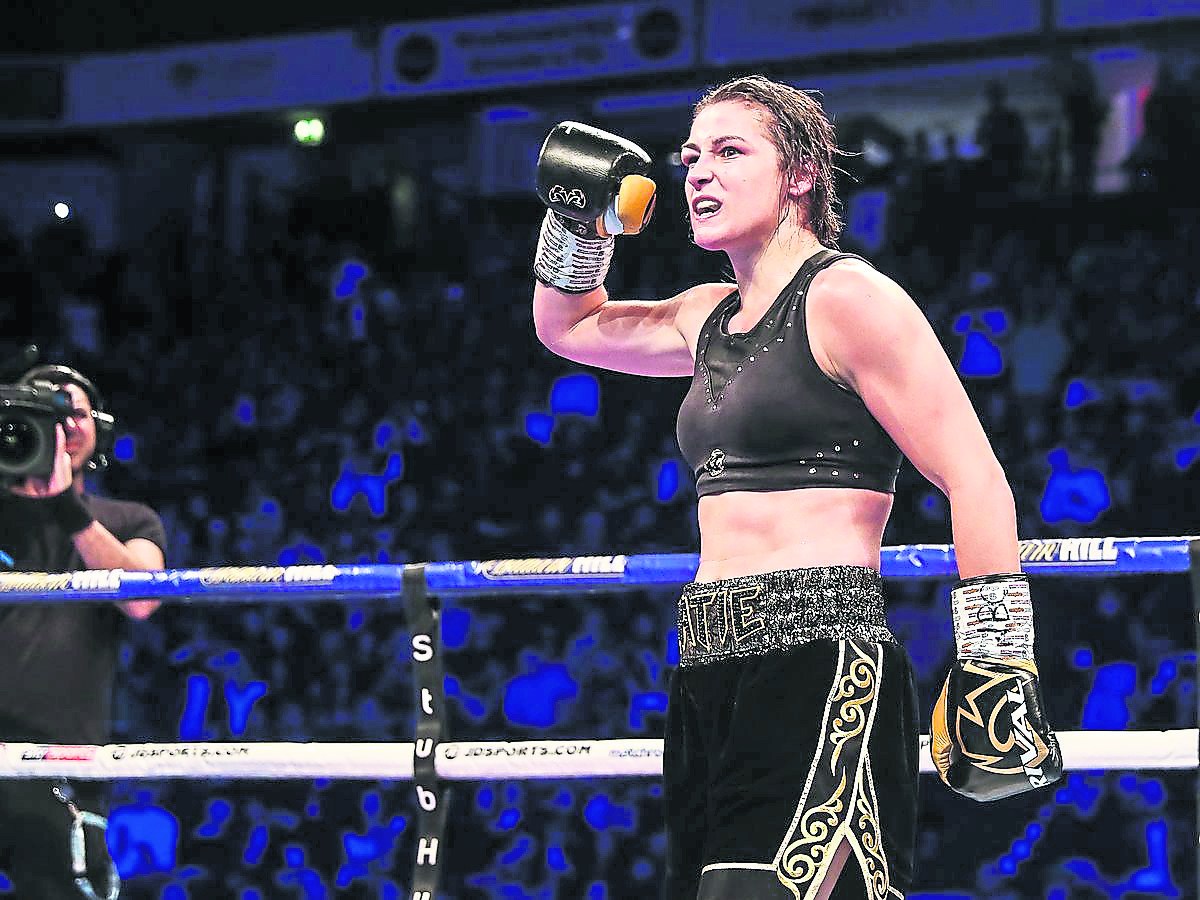 Shane Lowry and Ciara Mageean flew the flag for Ireland while Leitrim’s Zac Moradi saw his star shine brightly in every interview he did. In an age where more and more effort is being made to promote female participation in sport there could be no better role model than Katie Taylor. The two weight world champion has defied the odds time after time, representing her country at the pinnacle of her sport, often with little financial support.

Team of the Year
The Dublin footballers, the European champions from Liverpool and the local stars who shone in various fields all deserve praise but my team of the year was the Ireland U21 football team. They may not have won any silverware, however, slowly but surely there is a feeling that a new dawn for Irish football may be achievable, on the pitch at least. This crop of stars play without fear, with composure and conviction and are guided by an excellent manager.

Best Occasion
The U16 Sligo/Leitrim league final between Manor Rangers and Valley Rovers and the county final meeting of Glencar/Manor and Ballinamore were just two incredibly enjoyable games I was lucky enough as a neutral to attend.
But the most enthralling display of the year was surely Liverpool’s 4-0 win over Barcelona to book a place in the Champions League final.

The Rugby World Cup was fairly uninspiring but in terms of the biggest disappointments of the year it is hard to match what has gone on in the FAI over the past year.
Slowly but surely the grim reality of what lurked behind the accounts is becoming clearer and unfortunately it is a worse scenario than anyone could have feared.

What are you looking forward to in 2020?
Stability! Leitrim have waited an eternity to qualify for Division 3, now that they are there it would arguably be an even greater achievement if they could consolidate their position. After a year of chaos Irish football supporters will be hoping for 12 months of footballing excitement to talk about.
The Irish team qualifying for the upcoming European Championships and playing two games in Dublin would certainly help lift the air of gloom but given the air of uncertainty, some reassurances regarding the financial affairs would be a good starting point. 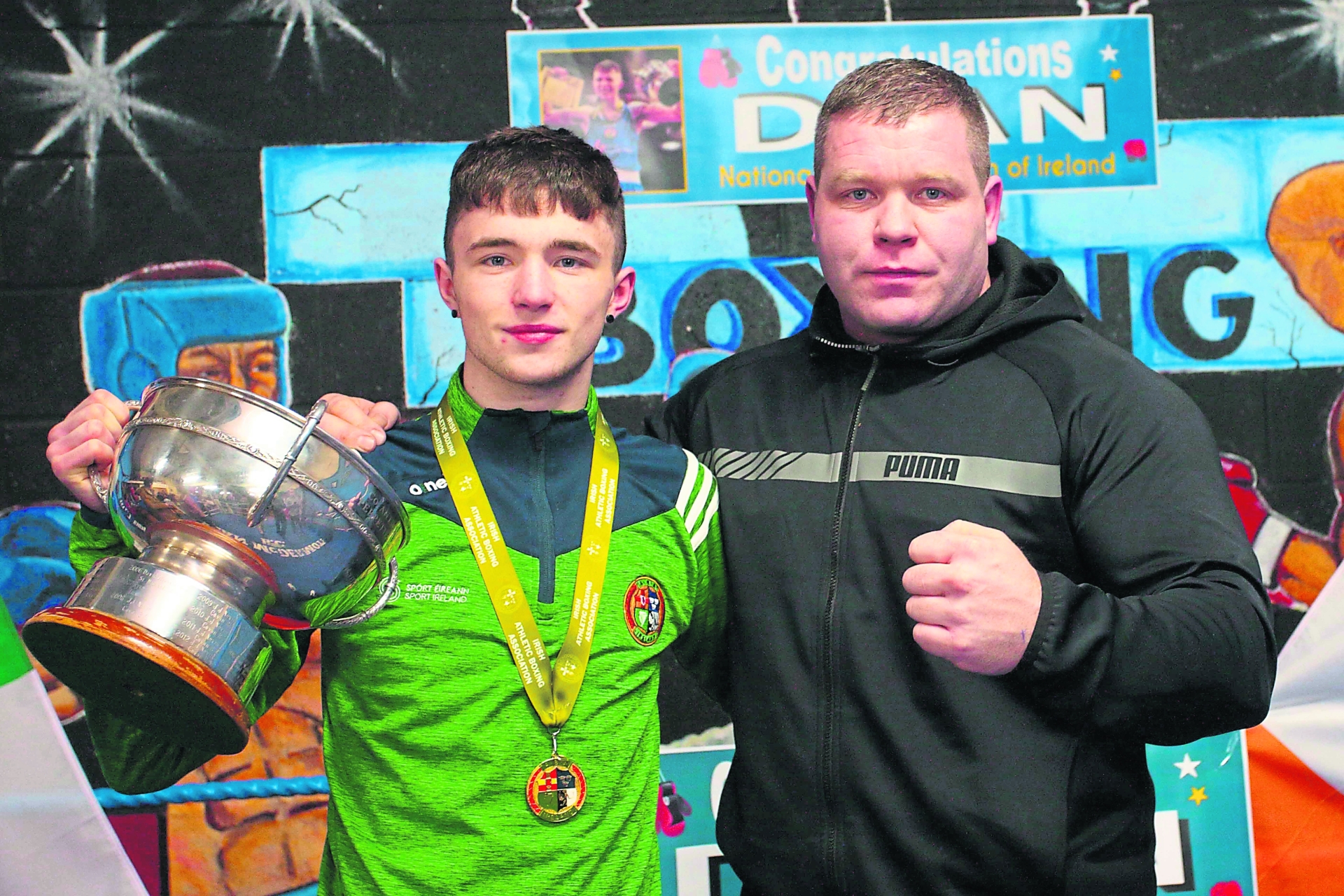 Leitrim sport fans will be eagerly following the progress of Dean Clancy as the Sean McDermott Boxing Club fighter looks to secure his place on the Ireland team for the Olympic Games in Tokyo.
Ireland has a wonderful tradition in the boxing ring and without wanting to put any extra pressure on the 18-year-old, his confidence alone certainly marks him as one to watch.
On the global stage, Ansu Fati, Barcelona’s 17-year-old wonderkid looks as though he may be the game’s next superstar.