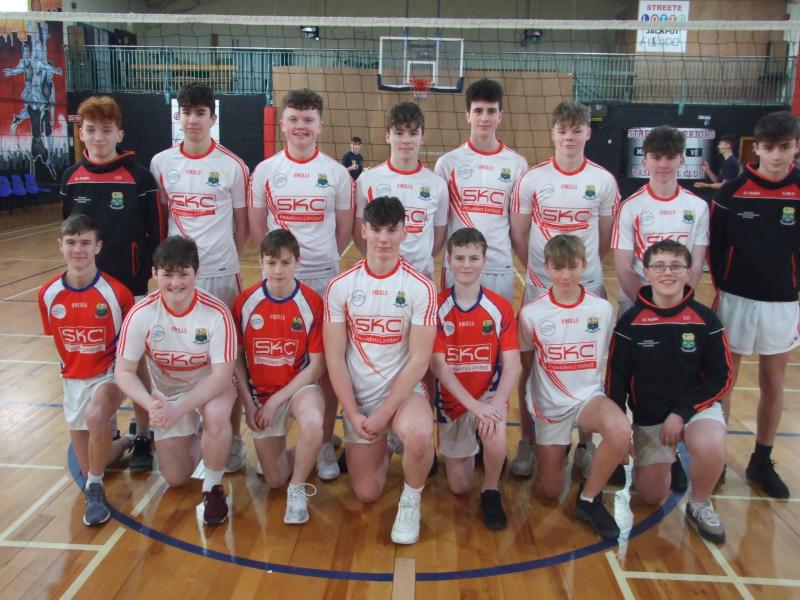 From 2003 to 2008 Elphin reached five A finals, beating previously dominant Drumshanbo on the way to all five finals. They often wondered would they ever meet in a final. Four years ago Aidan Shannon finally brought Drumshanbo back to win national titles.

Read Also: Drumshanbo VS rebound into All-Ireland Cadette A Final

Now as they chase their fifth A title in four years, it is Elphin that block their way.

These schools know each other so well and regularly share a bus to distant match blitzes.

These groups, in particular, know each other well. Two years ago they shared a thrilling semi-final in Junior where Elphin gave Drumshanbo their toughest test on their way to winning Drumshanbo’s first Junior title in 19 years.

This year they met in the third round of the qualifying league.

So who will win?

Elphin are the more unpredictable. At their best, they have won sets by bigger margins than Drumshanbo. To come to Drumshanbo and win a set proves they can match Drumshanbo.

Probably Drumshanbo will be regarded as favourites though. They have a very tall side and can be very powerful.

The unknown question is how they will face off at full strength. Elphin’s Hill and Karl Gilmartin were missing against Drumshanbo. Missing from Drumshanbo though were Radaslaw Oberwan and Conor Flood, this pair on their third year as part of the cadette panel and Oberwan played a major role in Drumshanbo’s heroic run to the final last year.

Also with the experience of last year’s cadette final were Ronan Moran, Arkadiusz Oberwan and Ciaran McMorrow. They have lost Gary Corcoran from the panel of two years ago but third years McMorrow and Karl Winters have fitted in like gloves.

It’s a strong panel but Elphin have given warning.

Today's game will be streamed live on the Voleyball Ireland Facebook page.