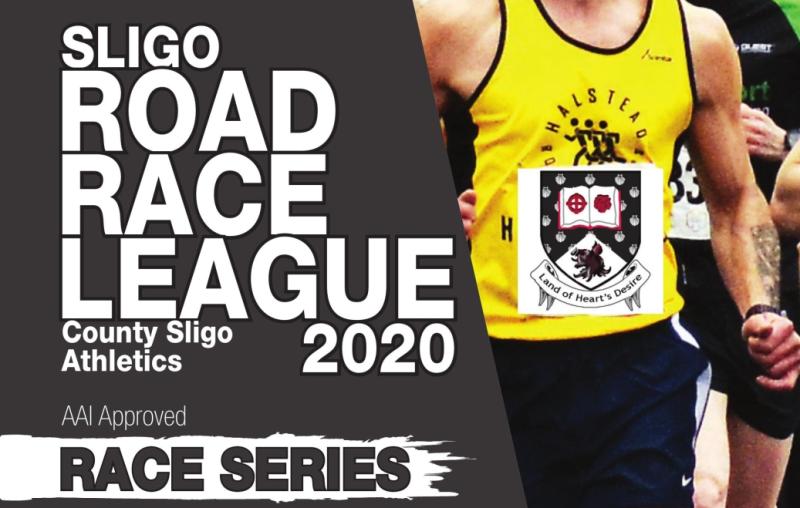 Runners will get the chance to see the roads of Sligo this Summer with the launch of the 2020 County Sligo Road Race League recently that features races in Tubbercurry, Grange, Calry, Corran, Skreen and Sligo.

The 2020 league will feature six races in total with each Sligo athletic club nominating a race for the series. The series kicks off with the long established Tubbercurry 10k on St Patrick’s Day as the South Sligo AC nomination. An exciting days racing is in store at the South Sligo venue. We hope to see some of their thriving fit4life group compete in the series.

The North Sligo AC race is the Good Friday 5k on April 10. This race has been in existence for over 5 years and always attracts a good crowd to the back roads of Grange on this slow moving evening.

The third leg will be hosted by Calry AC on Bank Holiday Monday May 4, with a quick blast over 5k from the Community Park in Hazelwood.

Corran AC will be hosts of the fourth leg of the league with their 5k on June 20, which is a good race to aim for a PB on due to the course profile.

The fifth leg will be hosted by Tireragh AC with their popular 4 mile race which was reintroduced last year. This will be held in Skreen on Friday July 3.

The Streets of Sligo 5k, nominated by Sligo AC, will be the final race of the league. This will be held on the Bank Holiday Saturday August 1. This was an extremely popular event last year which was run over closed streets in the evening.

The emphasis this year is on participation. Four 5k events reflect that there are many fit4life / Couch to 5k groups scattered around the County. The athletes in these various groups should all be aiming to complete the series.

Give it a go and experience the buzz that comes with achieving something you didn’t think was possible, be it beating a newly found rival in the last 100m, setting a new pb or completing a race with your friends. Finish each event off with a post race cuppa and when the series is over look back on the many new friends you have made.

Each Athletic Club will select an individual to receive these generous prizes which are Brooks runners and Running gear to the value of over €300 kindly sponsored by RunPod. Please pop into John and crew on Markievicz Rd for all your running needs.

Any person entering one of the individual races within the Road Race league is automatically entered into the league but must run 4 out of the 6 races to be eligible for prizes in the league.

The first finisher in each category in each race will score one point, the second two points and so on. The League will be decided on each runner's best four scores from the six races. In the event of a tie, the best five races will be taken into consideration, and if there is still a tie, all six races will be considered.

Entry fees to individual events goes straight to the local clubs to help with covering their annual costs. Race Local this year when you can and help support our local clubs. Get out your calendar and mark off the six events. It's going to be great! Good luck to all participants. 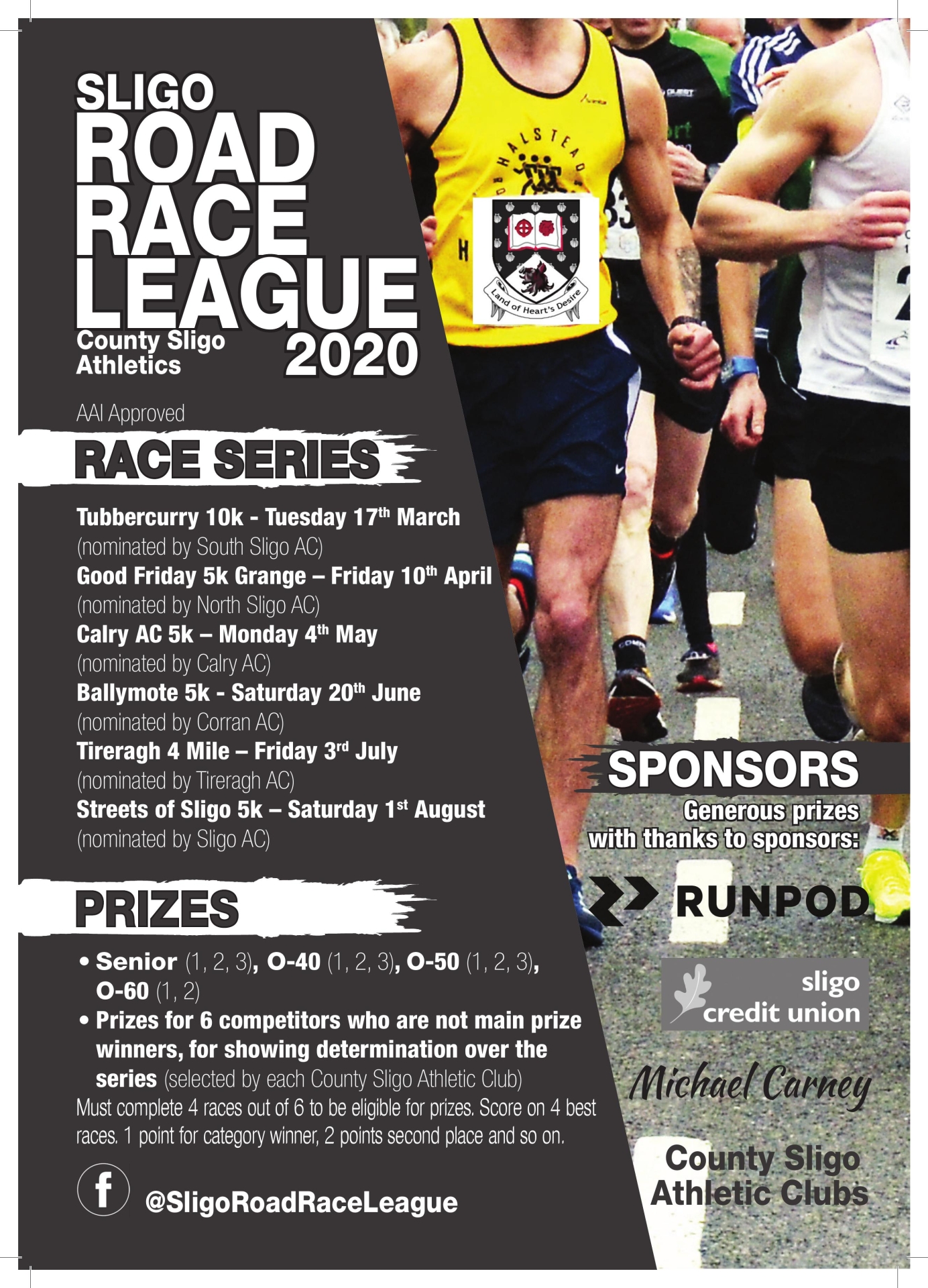