In an extract from his interview in this week's Leitrim Observer, Gerard O'Donnell reveals an injury scare while warming up last Sunday almost scuppered his bid to retain his National 110m Hurdles title 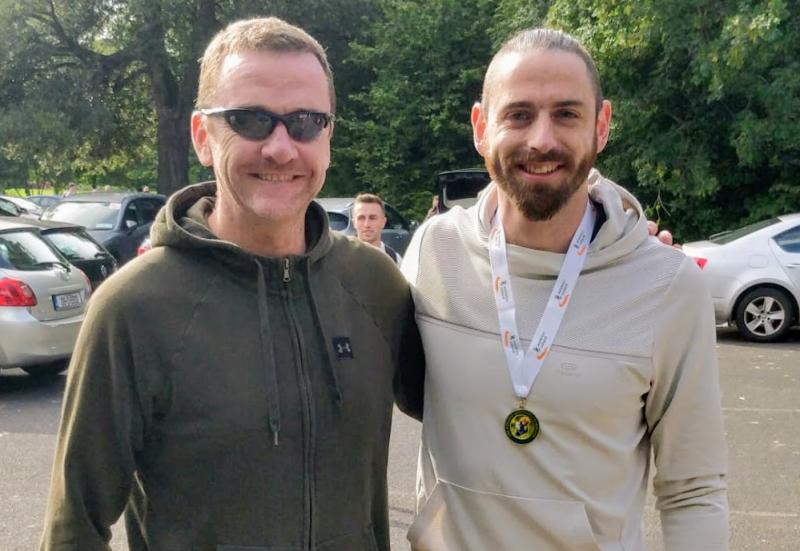 Gerard O'Donnell's bid for a fourth national title in a row almost came to an end before the Carrick-on-Shannon AC athlete even got to the blocks last Sunday as the reigning Leitrim Sport Star of the Year suffered an injury scare while warming-up for his race last Sunday.

Gerard's demolition of the field in the 110m Hurdles race at last Sunday's Irish Life Health Athletics Ireland National Senior Championship was one of the more impressive over the weekend as Gerard clocked his fourth fastest time ever to win his fourth title on the trot.

Yet the bid for glory almost never got off the ground as Gerard suffered an injury scare when he heard a "pop" while performing some lunges as part of his warm-up!

Speaking to the Leitrim Observer, Gerard said "I started up warming up about two hours beforehand, very low key to start with and then it ramps up. But about 20 minutes in, I was doing lunges and something popped in the top of my quad and I got a sharp pain. I was like “Ah f***, I’m after tearing my quad here', I’ve pulled my hip flexor."

Even as he processed the set-back, Gerard's mind jumped back to 2014 when he won his first 110m Hurdles title and how an injury to a rival opened the door for him: "I was walking back down the track and I was thinking back to 2014: I popped up out of nowhere to win when Ben Reynolds injured himself in the warm-up. I’m after doing that for somebody else now, I’m going to have to bail out now and somebody else is going to win their first national title.”

But help was at hand as Gerard, a qualified neuromuscular therapist, literally went to work on himself!

“I just gave it a bit of a dig out with my thumb for a few minutes and ignored it for the rest of the day but it is sore today. I definitely tore something small but thankfully I strained something very minor and it seems to be in a position where it didn’t affect me racing. I can feel it walking around today but I’m very, very lucky.

"I didn’t feel it during the race, it didn’t impact me at all other than the worry that something might happen as I came out of the blocks. I must be good at compartmentalised all this stuff.”

To read more from Gerard, see this week's Leitrim Observer while www.leitrimobserver.ie will carry an extended version of this interview in the coming days where Gerard talks of his double jobbing doing commentary at the championships where he was also competing! 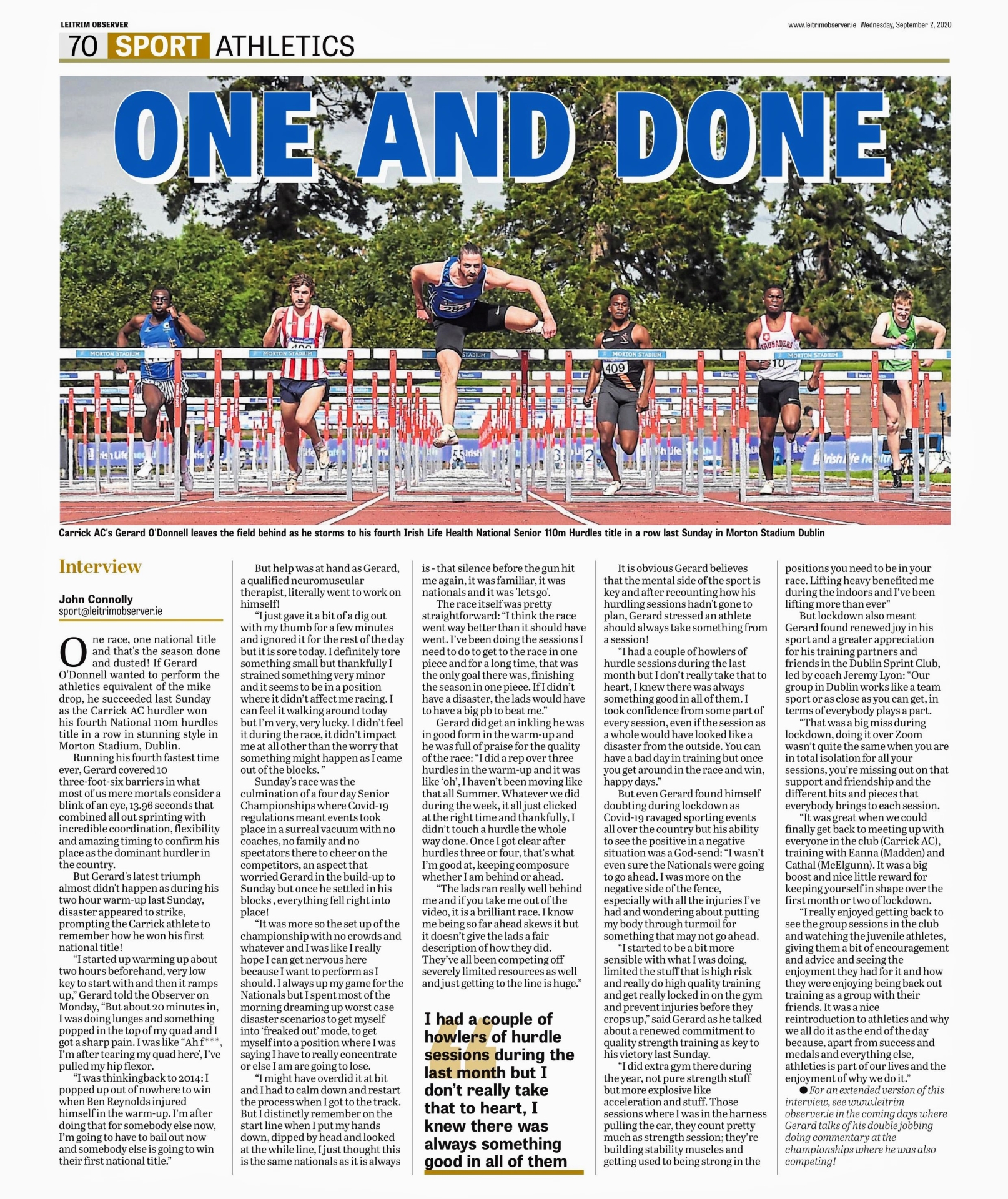