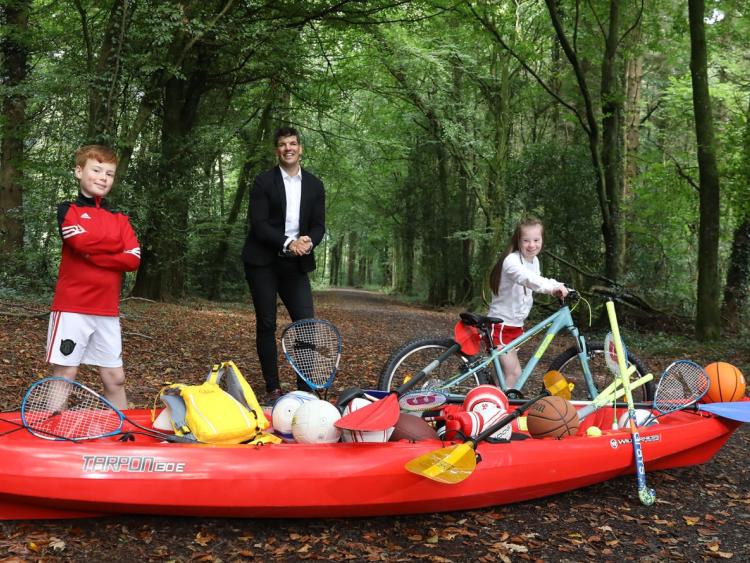 Pictured at an event to launch the initiative is Donncha O’Callaghan with two enthusiastic young fans, Dubliner Hugh Donohoe and Katie Naughton from Spiddal.

Sports clubs of all kind within the county and beyond are the focus of a new club funding initiative just launched under the title Texaco Support for Sport for which a fund of EUR130,000 has been set aside for distribution on a twenty-six, county-by-county basis, with successful clubs receiving an equal amount of €5,000 in each case.

Aimed at all clubs irrespective of sporting discipline, size, membership, age, cultural appeal or gender, it is expected to attract all whose activities, goals and ambitions can, in the view of adjudicators, be materially advanced through the receipt and proper use of funding in each case.

Launched by Irish rugby international Donncha O’Callaghan, independent ambassador to the Texaco Support for Sport programme and the one who will lead the adjudication process, the initiative has been introduced by Valero Energy (Ireland), the company that markets fuels in Ireland under the Texaco brand.

“Being launched at a time when many sports clubs may be experiencing financial strain, the initiative is one that Texaco hopes will be welcomed across the board, its purpose being to recognise the important contribution that sports clubs make within communities and throughout Irish society as a whole,” a company spokesperson said.

Open for entries until end-December, winners will be announced early next year.  Full details can be viewed online at www.TexacoSupportforSport.com