Manorhamilton's Sean McDermott BC- fighter Dean Clancy from Sligo fights for place in European 63 kg Final at 5.15 on Tuesday 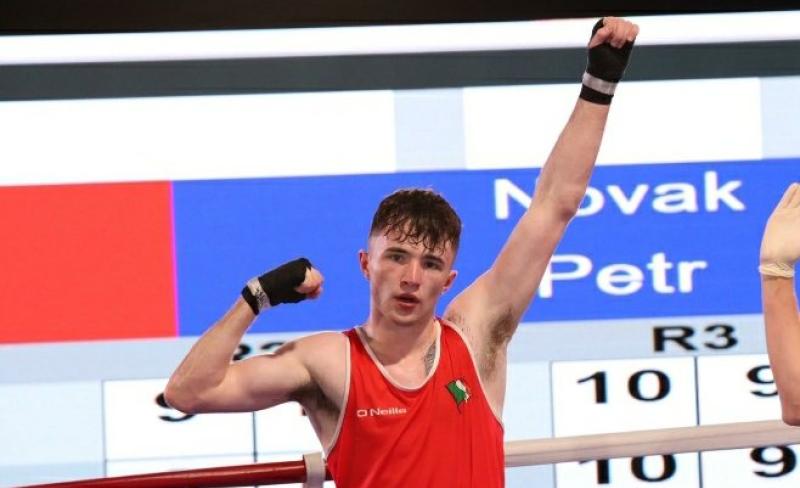 Manorhamilton’s boxing community will be gathered around laptops and computer screens this afternoon when Sean McDermott Boxing Club’s Dean Clancy fights for a place in the European U22 63kg Championship Final in Italy.

The Sligo man has already guaranteed himself a bronze medal after defeating Lounes Hamraoui of France in Monday’s semi-final and he goes up against Italian home favourite Matteo Ara in the semi-final this evening (Tuesday) at 5.15pm.

The bronze medal means that Dean has now won three European medals for Ireland, adding the Euro U22 bronze (at least) to the European Youth and Junior silvers he won in 2018 and 2017 respectively.

The 19-year-old son of Manorhamilton’s Jason Clancy defeated Serbia’s Nenad Javanovic and the Czech Republic’s Petr Novak in the opening rounds of the tournament before defeating Hamraoui to secure a medal, a place in the semi-finals and $2000 prize money.