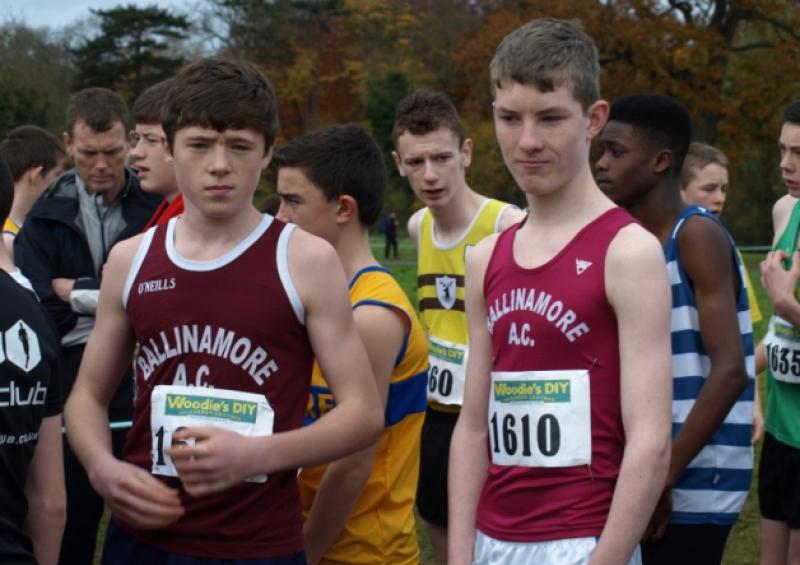 Conditions were ideal and a large crowd were there to witness some excellent running when the Woodies AAI Even Ages and Inter Counties Junior and Senior Cross Country Championships at Santry Demesne on Sunday last.

Conditions were ideal and a large crowd were there to witness some excellent running when the Woodies AAI Even Ages and Inter Counties Junior and Senior Cross Country Championships at Santry Demesne on Sunday last.

The ten race programme ran off smoothly except for one minor hitch in the closing stages of the Boys U-16 race where the leading pair sent slightly off course and were passed by another competitor before getting back on the correct route.

Leitrim had three representatives as members of Connacht teams and all three were running out of age group thereby giving away a year to most other competitors. Ellie O’Rourke of Ballinamore A C finished 75th out of one hundred and eighty three finishers in the U-12 1500m while clubmates Jack Gilheany and Ciaran Kenny completed the Connacht U-16 team finishing around 70th and 110th in an event where the final results were delayed over the difficulty which arose among the leaders at the finish.

Those present enjoyed some splendid running from doubled European Cross Country Champion Fionnuala Britton of Wicklow who won the Womens’ race at Belfast marathon runner Paul Pollock who was an impressive winner of the Mens’ race. The Mulhare Brothers, Michael and Dan, from Portlaoise made history by taking second and third positions. These will all be running for Ireland in the European Cross Country Championships in Belgrade on Sunday December 8.