Silver for Eanna in Athlone but
massive disappointment for Joanna 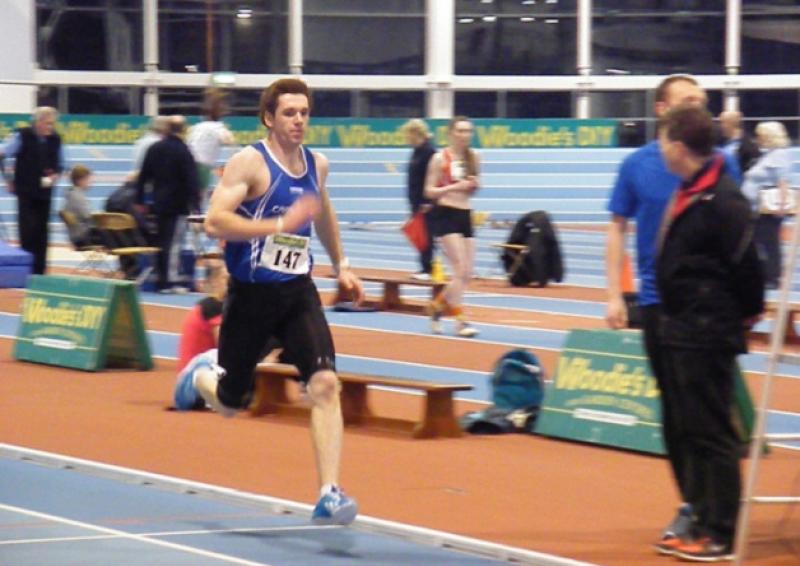 Eanna Madden ran two exceptional races to claim the silver medal in the U23 event but there was huge disappointment for Joanna Duignan who crossed the line first in the Junior Women’s event but was later disqualified for a lane infringement.

Eanna ran a new personal best of 49.87 in the heats to finish second behind training partner Thomas Barr of Ferrybank. The time was the Mohill man’s fastest time ever, indoors or out, and he followed it up with a great time of 49.97 in the final, a time that equalled his previous outdoor best.

With the exceptional Barr in control of the race from the gun, Eanna ran a controlled race all the way to easily take the silver medal.

For Joanna Duignan, there was heartbreak when she was disqualified just minutes after winning the Junior Women’s 400m. Joanna had earlier run an indoor pb of 58.36 to qualify fastest for the final.

In the final, the Annaduff woman got off to a slow start and was fifth at the halfway stage but Joanna showed incredible pace judgement, nerves and strength to storm through to take the gold in what would have been a new pb, indoor or out, of 57.53.

Unfortunately, the track judge ruled that she had twice stepped on the white line in the first fifty metres and despite gaining on real advantage, she was disqualified.

Mohill & District AC’s Dearbhaile Beirne stepped up several age groups to compete in the Junior Women’s 3,000m walk, which was held in conjunction with the U23 race. Competing against much older athletes and still an U17 athlete this year, Dearbhaile finished a very creditible ninth in 16.39.34, the race won by Sinead Burke of St Coca’s A C in 14.47.72.

Carrick AC also had Daire Farrell and Cathal McElgunn in action - Cathal won his Junior Men’s 400m in a time of 53.73 but didn’t advance to the final while Dáire made his comeback to the track after two years but found the going tough, running 2.03.87.

Today (Wednesday, January 30) sees Sligo racecourse host the North Connacht Schools Regional Cross-country at 12 noon. Athletes from the county’s schools will compete against runners from Mayo and Sligo to qualify for the Connacht Finals on Tuesday, February 25.