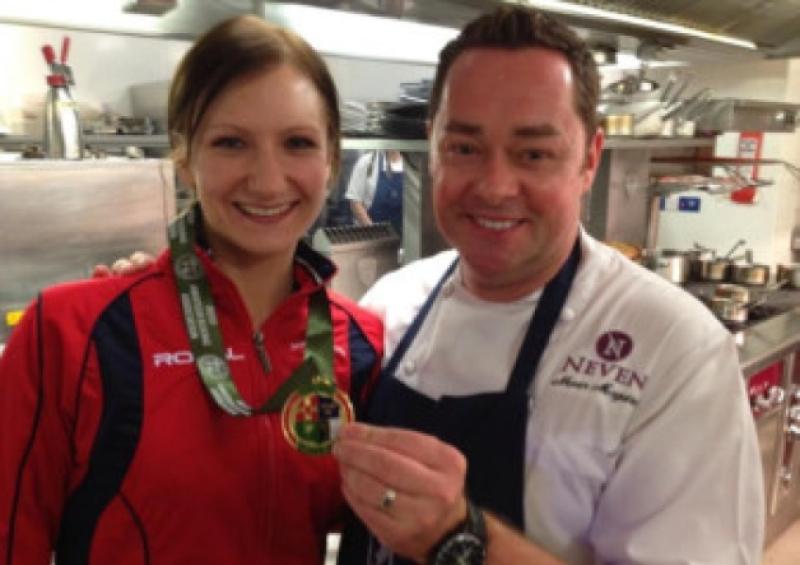 There was glory on the double for Man orhamilton’s Seán McDermott Boxing Club as two of the club’s fighters claimed gold at last weekend’s All-Ireland Finals.

There was glory on the double for Man orhamilton’s Seán McDermott Boxing Club as two of the club’s fighters claimed gold at last weekend’s All-Ireland Finals.

Gallagher defeated Shane Ward Titans BC Galway in a really tough contest from the start, the first round really could have gone either way. Niall became more confident going into the second round and by the middle of the third round, he was completely dominating the contest.

The Creevelea fighter was the clear winner of the weight category while he also showed great movement and fitness which his opponent just didn’t have. The victory completed a unique link as Niall’s coach James Kelly himself won the corresponding event 21 years ago in 1993.

Before her fight, Dita Kodolina was slightly nervous but once the Latvian native entered the ring, she kept it very simple for the entire contest, just delivering her trade mark straight jab with great success.

She listened well to her corner and kept her opponent on the back foot; putting pressure on her for the three rounds rounds. Dita looked extremely impressive throughout the fight; seeming more like a well experienced boxer rather than a novice.

She was absolutely thrilled when the decision was announced and more so on hearing she won the All-Ireland title on a unanimous decision. This title clearly meant a lot to Dita who has trained long and hard for the last year.

Rossinver’s Sean Kilkenny lost out to Glen Clarke, Carrickmacross BC in the Youths 67kg final. Clarke never allowed Kilkenny to settle at any stage during the bout.

The Rossinver man got a public warning towards the end of the third round and this meant the only possible way he could now win would be on TKO (technical knock out) which didn’t happen.

Unfortunately it wasn’t Sean’s day and all three judges gave the decision against him. But the Sean McDermott BC fighter’s achievement in getting to the final was still terrific as he had three very tough contests prior to his All-Ireland bout.

It has been a marvellous weekend for the Sean McDermott BC and huge credit must go to James Kelly who spent the last three weekends in Dublin with the boxers and who has put in a massive amount of work with all of them since the start of the season in September of last year.

Looking to the future Sean McDermott BC PRO Martha McGuinness says “it is now onwards and upwards for the Club that was founded in Manorhamilton 70 years ago.”