From Ireland to New Zealand and back 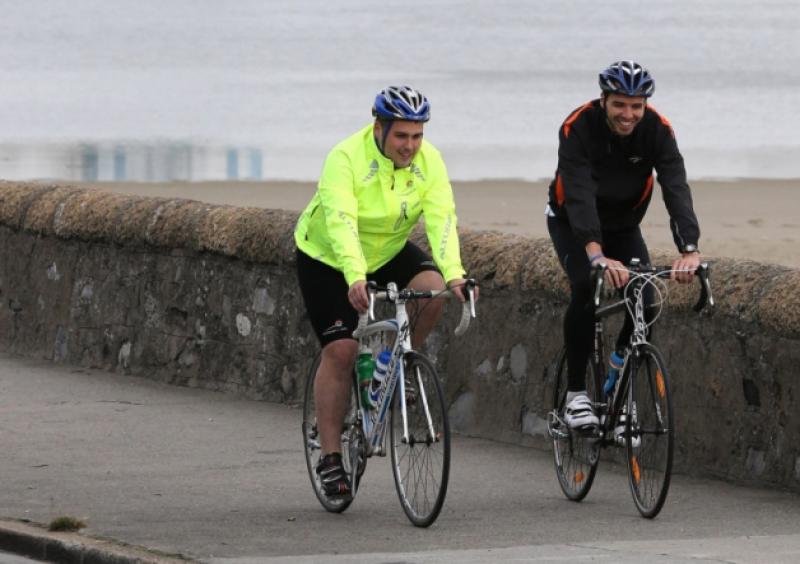 The race proper actually starts in London and I expect a huge rush for the first ferry from Dover to Calais.

The race proper actually starts in London and I expect a huge rush for the first ferry from Dover to Calais.

So it’s less than a month to the start of the World Cycle Race in London on March 1, 2014 where I’ll be taking part in the longest endurance event on the planet.

I’m going to be taking part in this event to help promote the fantastic work of Cycle Against Suicide and spread the message that ‘It’s alright not to feel okay’ to as many people as possible. I’m looking forward to keeping a diary in these pages every fortnight for the duration of the trip.

The actual route of the world cycle race is completely up to each of the dozen or so riders, within certain rules of course. I, and my fellow riders, will be tracked by a GPS device which will record our position along the route.

We must each travel a total difference greater than the equator (24,900miles) with 18,000 miles on the bike, pass through two cities which are antipodes to each other using only the bike and publically accessible transport.

The rules allow you to take public transport including flights, ferries, trains and buses. Private cars, taxis and charters are off limits and will result in disqualification. They’re not the only thing that will result in DQ appearing after my name, trying to avoid wind by drafting off a vehicle or cyclist is top of the list of reasons.

On a personal level, it’s vitally important for me to offer thanks to every single person who has been in touch to offer support both financial and otherwise. This entire endeavour would not be possible without each and every one of you and you can probably never appreciate how much that means to me personally. It’s so important that we spread the simple but vitally important message that it’s alright not to feel okay.

I’m having a Pedal The Planet send-off party on Friday, February 21, in the Landmark Hotel at 8pm before beginning the epic adventure from Leitrim Village at 10am the following morning, Saturday, February 22, stopping at Trailblazers (10:30am) and Longford’s Market Square (1pm) before arriving at The Covert outside Mullingar around 4pm.

Full details as well as ways you can support the campaign at available on www.pedaltheplanet.tv.

My route will see me take a northerly route through France, Belgium, The Netherlands and across Germany before rounding the Alps in Austria. Passing through Slovakia, Hungary, Serbia & Bulgaria on to Istanbul, Turkey.

Next up is another single country spin, the largest island on the planet, namely Australia. Starting in Perth and heading east through Adelaide, Melbourne, Sydney and Brisbane before moving onto the near neighbours in New Zealand.

I’ll be covering the entire length of both islands of the land of the long white cloud from Invercargill through Dunedin, Christchurch, Nelson, Wellington, Hamilton & Auckland.

After flying across the Pacific Ocean I’ll get back on two wheels in Vancouver where I’ll be travelling down the western seaboard of the United States through Los Angeles and San Francisco and crossing the Rockies into territory familiar to fans of TV Show Breaking Bad in New Mexico.

Dallas, Memphis, Washington, Philadelphia, New York and Boston will all feature on the route through the eastern United States.

South America gets some attention starting in Buenos Aires through Uruguay and on to Rio de Janeiro. I’ll probably be the only football fan flying out of Brazil a fortnight before the tournament kicks off.

The final continent Africa makes it’s appearance in the final leg of the trip beginning in Casablanca and heading north towards the straits of Gibraltar.

Getting a ferry across to mainland Europe and traversing Spain through Cordoba and Madrid, before crossing the Pyrenees and hugging the west coast of France all the way to Cherbourg. Ferry to Southampton and it’s a sprint back to London.