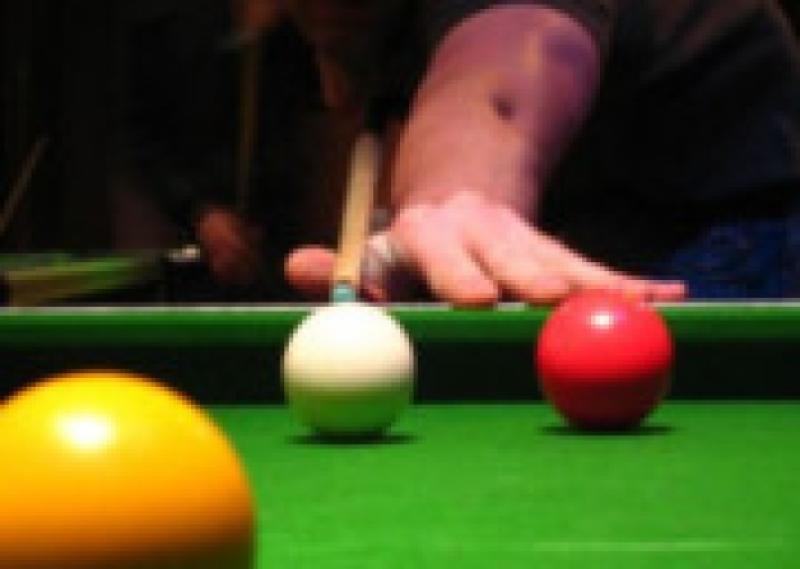 The LPA have succeeded in fielding no less than five Junior teams to be contest the championships to be held in Castlebar on the May Bank Holiday Weekend.

The LPA have succeeded in fielding no less than five Junior teams to be contest the championships to be held in Castlebar on the May Bank Holiday Weekend.

This is a great achievement for Leitrim pool thanks to the dedication of their manager Colin Crossan.

The teams make up two under 18s and three under 15s.

Referees Course: The Irish Pool Association are planning on holding a Referees course during the festival of pool weekend in the West County Hotel, Ennis on the June Bank Holiday Weekend.

It would be beneficial to have at least one referee from each county so this is your chance to become a qualified referee by putting your name forward. Contact any of the IPA committee for further details or 086-3591804. The number of people signing up will determine whether or not the course takes place. It’s open to everyone.

Challenge Games: The Leitrim Senior team play Donegal on Saturday May 10, in Donegal and the team play Westmeath, Offaly and Louth on the following day, Sunday in Mullingar.

It is also hoped that the team will play Mayo in the pool hall, Drumshanbo in the run up to the festival of Pool to be played on the June Bank Holiday Weekend which is to be staged in the West County Hotel, Ennis.

Pool Hall Membership: The deadline for membership is the end of April: Seniors €50, Juniors €30 and €25 for anyone who filled a duck card.

Anyone who hasn’t paid will have to pay €5 per visit. Please support this wonderful facility with your membership. Entries can be given to any executive member.

John William Carthy Memorial Cup: Carthy’s team defeated Lock 17 by 16 frames to 14 on Thursday April 17. Going in to the second and Carthy’s leading 12-3 from the first leg, it was going to be an uphill battle for Lock 17.

Sure enough Lock 17 battled hard when they nearly forced a replay but Carthy’s captain Hugh Moffatt clinched the game to play either last year’s champions Taylor’s or Leitrim Inn’s Monica’s who play on Saturday & Sunday April 27/28.