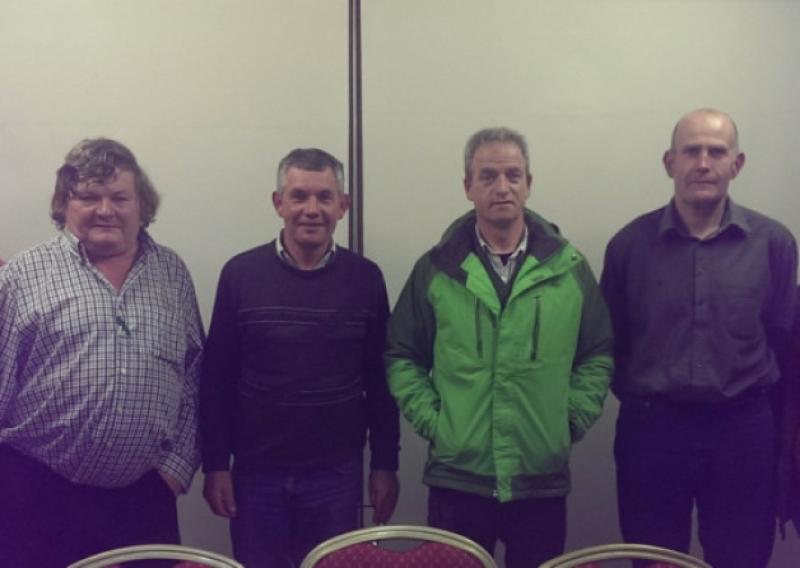 It’s hard to believe that another year has come and gone since the last AGM of the Rinn Shannon & District Angling Club. The club held its annual general meeting in the Canon Donahue Hall on Monday last. A sizable membership attended and elected a new committee for the coming year.

It’s hard to believe that another year has come and gone since the last AGM of the Rinn Shannon & District Angling Club. The club held its annual general meeting in the Canon Donahue Hall on Monday last. A sizable membership attended and elected a new committee for the coming year.

The committee thanked the members for their votes and look forward to a successful 2015.

Secretary, Jarlaith Gallagher, outlined the difficulties encountered by members in 2014 with poor fishing conditions due to the extraordinary summer that we had. The first of three stockings shall take place in early March of 2015. It is hoped, that up to 3000, 2lb plus fish shall be introduced into the lake to compliment the resident stock. The lake shall open for trout fishing on the first Sunday in April at 7am. Members are asked to have all their dues in by early January, existing members do not need to provide a photograph, new members are asked to provide a photograph with their membership application form which can be downloaded from www.rinnshannon.com

Lough Rowan is now open to pike anglers and judging by the amount of emails and phone calls from anglers expressing an interest in fishing the lake from up and down the country it could be a very busy winter. Lets hope some lucky pike angler shall capture a pike of over 30lb, which would be a record for the lake. Already pike of up to 22lb have been recorded by visiting anglers from Monaghan last week, it bodes well so early in the season.

Inland Fisheries Ireland has just published 3 research reports on pike in Irish waters. The research was carried out as part of a wider PhD research project conceived by Inland Fisheries Ireland and University College Dublin. The overall aim of the project is to update and inform managers as to the biology and ecology of pike (Esox lucius L.) in Ireland, a historically understudied species in the Irish context.

The fieldwork and sampling for this project was carried out opportunistically in collaboration with Inland Fisheries Ireland, and through attendance at many pike angling competitions. The authors would like to thank the many pike anglers that contributed to the study and allowed D. Pedreschi to sample their catch. This study has been generously funded by Inland Fisheries Ireland, with contributions from the Irish Federation of Pike Angling Clubs.

The Diet of Pike in Irish Watercourses

The main aims of this investigation were to elucidate the variation in the diet of Irish pike between river, lake and canal habitats. Furthermore we aimed to quantify niche size and dietary specialisation and attempt to identify the timing of the switch to a piscivorous diet.

Ecomorphology of Pike in Irish Freshwaters

This report deals with the morphology and condition of pike in Ireland.

Genetic Structure of Pike and their History in Ireland

The main aim of this project was to investigate the genetic variation of Irish pike populations and their relationship with European groups, in an attempt to identify where they came from, as it is largely assumed to have been introduced by humans over the past few hundred years. For further information and to download the new reports please go to the Inland Fisheries Ireland website www.fisheriesireland.ie

Until next time…tight lines and stay safe on the water!