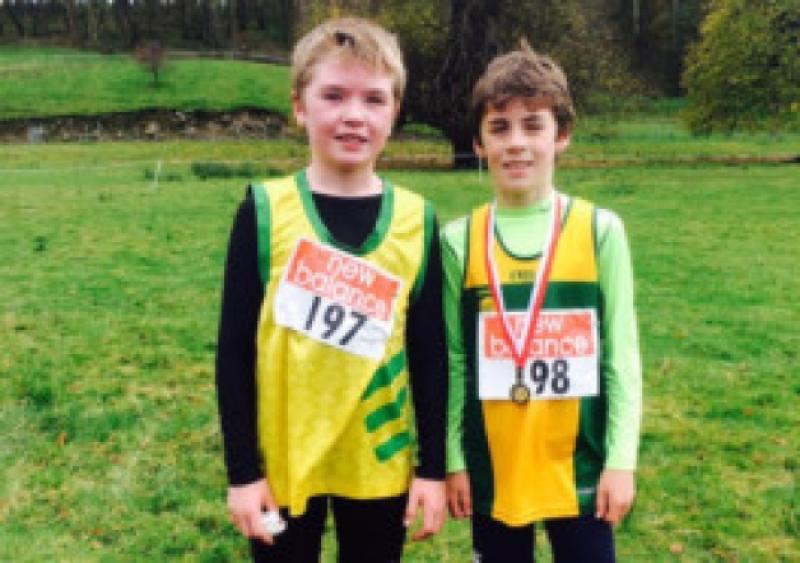 North Leitrim’s Patrick Montgomery took the pride of place last Sunday at the Western Region Uneven Ages Cross-country in Westport when he claimed victory in the U11 Boys race.

North Leitrim’s Patrick Montgomery took the pride of place last Sunday at the Western Region Uneven Ages Cross-country in Westport when he claimed victory in the U11 Boys race.

A number of Leitrim athletes rose to the challenge in much tougher than expected conditions in the grounds of Westport House on Sunday last, with a number of medals as well as All Ireland qualifying places were achieved.

Pride of place goes to Patrick Montgomery of North Leitrim AC who won the U11 Boys event to add to his runner up placing at the Under 12 Championship.

Patrick dominated the race from start to finish and he will be a contender for a high placing in the upcoming All-Ireland Championships. Hugo Filan, also of North Leitrim AC, finished 38th.

In the U11 Girls race, Erin Somers of North Leitrim took 16th position while nine year old Claire McWeeney of Ballinamore made a successful debut in taking 34th in the big field. Other placings were 38th Ellie Filan, 45th Niamh Carolan and 47th Ella Foley (all North Leitrim) and Mohill & District’s Sara Beirne 68th, which was enough to give Leitrim the bronze in the county team event.

The County Girls U13 team, which included five of the six who took third in Loughrea, were again able to take the bronze medals behind runaway winners Mayo & Galway.

The comeptitive U13 event saw some fine performances by the young Leitrim runners, who were giving away a year to older opponents. Ballinamore’s Ellie O’Rourke, fourth in Loughrea, came home eighth and along with Ella McDaid of North Leitrim who finished 11th qualified for the Connacht team in Santry Demesne next month.

In the Inter Club event, North Leitrim on 124 points finished sixth behind Swinford. The Inter County was won by Mayo on 27 points with Galway second on 88 and Leitrim third on 165 points.

Oisin McLoughlin of Ballinamore AC just missed the cut off for the Connacht Team in the U15 Boys event when finishing 13th.

In the U17 Girls event, Dearbhaile Beirne of Mohill & District AC finished ninth to qualify for the nationals as did Ciaran Kenny and Riordan O’Rourke of Ballinamore AC in the U17 Boys event taking sixth and ninth positions respectively.

The next Cross Country event is the Glo Health All Ireland Even Ages Championships being run in conjunction with the Senior and Junior Inter Counties in Dundalk on Sunday week, November 23, with the Uneven Ages in Santry on Sunday, December 7.