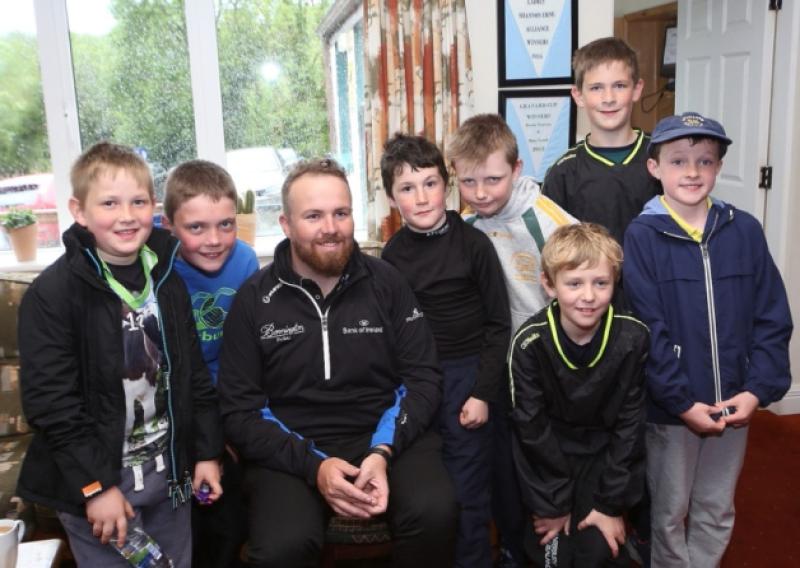 Over 50 teams competed for honours in the classic which was again kindly sponsored by The Gallagher Group Leitrim and Kent.

The presence of World Top 50 golfer Shane Lowry on Saturday added greatly to the excitement in the club. Shane flew in and landed on the fourth tee on Saturday morning. He was greeted by a large number of enthusiastic members and fans.

Shane was generous with his time and spent hours in the clubhouse talking and having photographs taken. He also took time out of his busy schedule to talk to our younger members.

Without so many people who worked tirelessly behind the scenes the weekend would not have been such a success.

A big thanks to the Classic committee who ran the weekend, to the greens staff who worked tirelessly in difficult conditions to have the course prepared immaculately, to the volunteers who worked on the course and who painted, to the catering and bar staff who had an extremely busy weekend and of course to all those who played.

The biggest thank you goes to the Gallagher group who have for the ninth year sponsored the Classic weekend and who this year brought Shane Lowry as a guest of honour.

Without loyal and generous sponsors it would not be possible to continue to maintain and develop the course and have it as such a great asset for the local community. While weather conditions were universally recognised as very difficult with swirling strong winds, frequent heavy downpours and with the course playing its longest scoring was at a premium.

The winning team of Paddy Leddy, Ollie Moran, Aidan Wynne and Niall Wynne however conquered the extreme conditions and posted a magnificent and outstanding score of 104 points.

Congratulations to all the winners. The specially commissioned Kentish Ragstone Perpetual Trophy was won this year by the home team with the Gallagher’s Team vowing to take it home next year. Shane Lowry kindly presented the prizes on the night.