The Last Cast by Jarlaith Gallagher 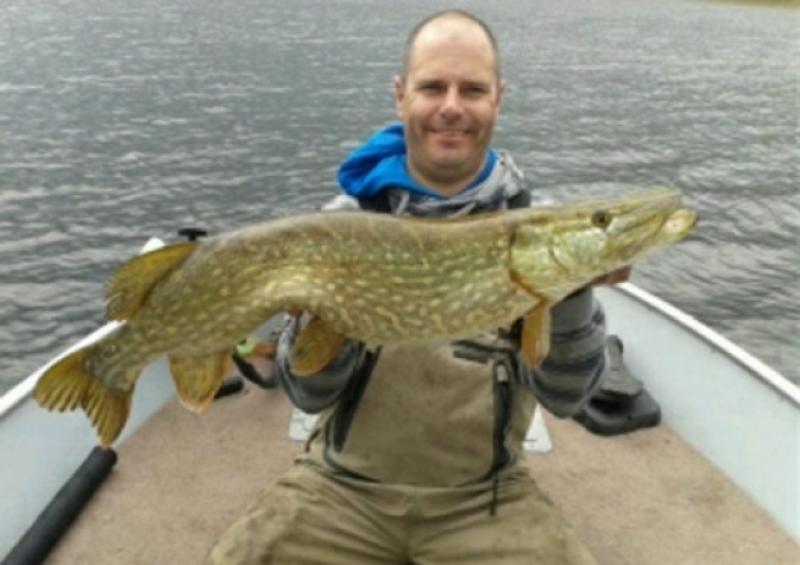 Its funny what can happen in a couple of weeks? In my last article I was wondering where the Mayfly had gotten to, and only today (Sunday, May 26) I was in amongst them on one of the North West’s most famous wild brown trout fisheries, beautiful Lough Arrow.

Its funny what can happen in a couple of weeks? In my last article I was wondering where the Mayfly had gotten to, and only today (Sunday, May 26) I was in amongst them on one of the North West’s most famous wild brown trout fisheries, beautiful Lough Arrow.

I have to add that they were few and far between, but nonetheless they were visible. We fished the western shore and had some success using the wet fly. I landed one about a pound and a quarter on the “Red Arsed Green Peter” and my companion also boated one of similar size using an “Octopus”. We missed a few very fine fish who seemed to be feeding heavily on the emerging Mayfly but we were not disappointed as it was great to see so many fish on the move and surely bodes well for the next few weeks or so.

Public Consultation on Inland Fisheries Legislation: The Minister of State at the Department of Communications, Energy and Natural Resources, Fergus O’Dowd, TD, invites members of the public and interested parties to send written submissions for consideration by the Department in preparing a new Inland Fisheries Act. The new Act will consolidate, update and amend existing legislation, which governs the conservation, protection, management and development of the inland fisheries and sea angling resources. Submissions may be sent by email to IFLegislation@dcenr.gov.ie or by post to: Mr. John Donohue, Inland Fisheries Division, Department of Communication, Energy and Natural Resources, Elm House, Earls Vale Road, Cavan. The closing date for receipt of submissions is 5.30pm on 28th June 2013. All submissions received will be published on the Departments website following the conclusion of the consultation period. This is your chance to submit your ideas on how the legislation can be formed and there will be no point complaining on the outcome unless you take part in what are probably the most important changes to angling in Ireland since the State was formed. Further information can be found at www.fisheriesireland.ie

Rinn-Shannon and District Angling Club: Lough Rowan is fishing very well at the moment with fish of up to 5lb being caught mainly on the fly. The weather has played a big part in an increase of anglers on the lake over the last few weeks, particularly in the evenings. Club Chairman Paul Beck landed a fine 3lb rainbow while practicing his cast just off the slipway; witnesses reckon that now that he has caught his first three pounder on the fly, he shall find it difficult to go back to the spinning rod. John Bradshaw and Arthur were also spotted making mental surveys of conditions and some members are giving odds of 20/1 that he shall be on the water before the bank holiday weekend. Odds of 10/1 are also been given that Thomas Mulligan shall take to the lake shortly. Not being a serious betting man myself, I don’t know what to make of it!

Two visitors to the lake went home happy recently. I am amazed at the distance some anglers will travel in order to try their luck at landing a serious fish. The two anglers in question, Gerry Farrell, Athy, Co. Kildare and Tommy Buggy, Co. Kilkenny both were delighted to land two cracking pike on the fly. Gerry’s fish weighed in at 14lb 50z and Tommy took the heaviest with 17lb 8oz! Both fish were released unharmed after the photographs were taken. Well done to both men and hopefully they will spread the word that Leitrim is certainly worth a visit if its big fish that you are after.

Please keep sending in the photographs in order to be in with a chance to win the box of flies, so kindly sponsored by www.Dunfly.com. This is a great chance to boost your collection and all you have to do is send your photographs of fish caught to iarlaith66@gmail.com.

Until next time…tight lines and stay safe on the water!