Laura leaves for Moscow on Friday, competing next Tuesday 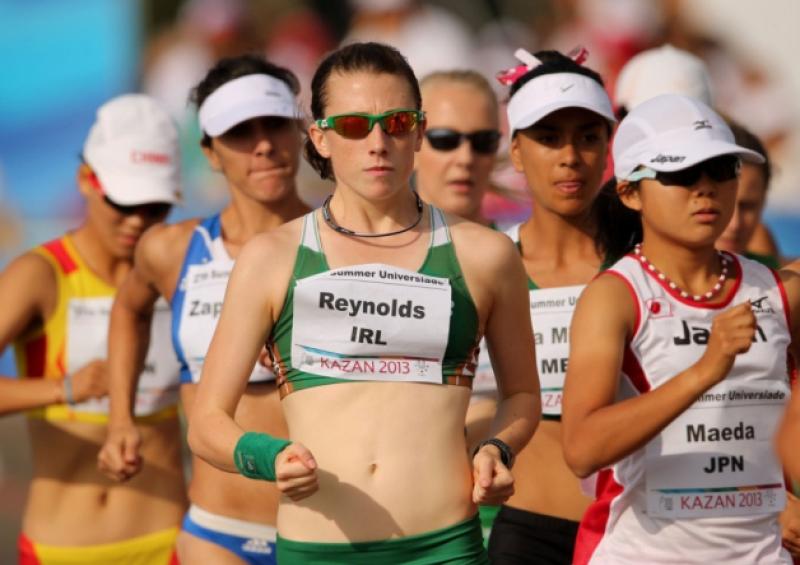 Leitrim’s Laura Reynolds competes in her second major global championship of the year when she jets out to Moscow on Friday.

Leitrim’s Laura Reynolds competes in her second major global championship of the year when she jets out to Moscow on Friday.

The Eslin walker heads out with the other ten members of the Irish team to take part in the World Championships which open in Moscow the following morning.

This is the fourteenth IAAF World Championships which began in Helsinki in 1983 with Eamon Coghlan winning the gold medal for Ireland in the 5000m and just short of two thousand athletes from 206 countries makes this the largest Championships ever.

Laura will have another early start as she will be in action at 6.35 am Irish time on Tuesday morning next when she goes in the 20K Walk. Extensive television coverage is being provided by BBC1 and British Eurosport, both of whom will be on the air from 6.00 a.m. for morning sessions.

Laura’s race will be taking place on the road while the Mens’ high jump qualifying and the mens’ 5000m heats take place on the track so there will be continuous inserts from both locations during the 90 minutes plus that the Womens’ 20K walk is in progress.

The race will be Laura’s second trip to Russia this year, having finished a magnificent sixth in the World Student Games just last month.

Reynolds, who is coached by fellow Leitrim Olympian Colin Griffin, competes in the 20km Walk for Ireland – an event in which she came 20th in the London Olympics last year where she set her personal best of 1:31:02 for the event.

Reynold’s season’s best in the 20km Walk came at the World University Games in July, where she finished a brilliant sixth place in a time of 1:33.31. This came just over a week after she annihilated her 10km Walk personal best with a time of 44:50, taking exactly five minutes off her previous best, which will give her confidence heading into Moscow.