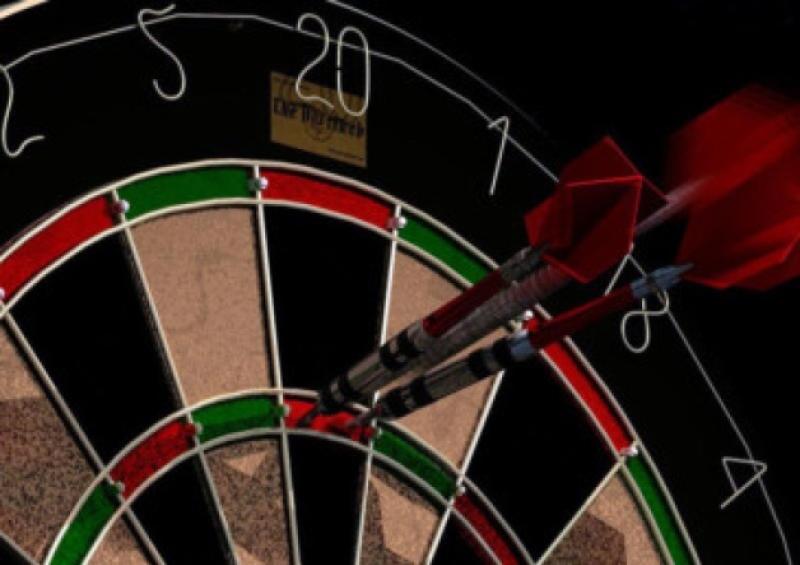 Week 4 saw another fantastic turnout of 28 players. Played on 4 boards the standard was high with plenty of 180’s and high checkouts. Colm Mulvey made it win number 3 and shot back to the top of the leaderboard beating Robert Mulvey 3-0 in the final.

Week 4 saw another fantastic turnout of 28 players. Played on 4 boards the standard was high with plenty of 180’s and high checkouts. Colm Mulvey made it win number 3 and shot back to the top of the leaderboard beating Robert Mulvey 3-0 in the final.

Robert had taken the scalp of Liam Aldridge in a thrilling semi final that ended 3-2 while Colm got the better of Jim Rock in the other semi. Beaten quarter finalists were Conor Scollan, Charlie McDonnell, David Bohan and Brian Kelly. Now at the halfway stage the competition switches to Tuesday nights with the same start time of 9.30pm sharp. Leaderboard at halfway is Colm Mulvey 24, Liam Aldridge 22, Brian Kelly 14, Robert Mulvey 9, Jim Rock 8, Charlie McDonnell 7, Rory Canning, Paul Gill and PJ McCaffery all on 6, Frank Mulvey and David Bohan on 5 and 14 others on four and under.

Top eight to qualify for the finals night with €1000 up for grabs. There is also weekly payouts to the top four each night. A big thank you to Gabriel and staff at Quinns for the food, refreshments and their ongoing sponsorship.

Lough Allen League: This Friday sees the start of the league. Nine teams declared and the fixtures for this week are as follows: The Swan v Monicas, O’Briens v Stanfords, Taylors v Henrys, Blue Devon v Lock 17 and Mulveys bye. Games to start at 9.30pm sharp. Best of luck to all teams involved. Queries to Paul Lee(League Secretary)

Ballinamore League: This Friday sees the start of the league. Eight teams declared and the fixtures are as follows: Standing Stone v Shortts A, Poor Scholar v McGirls, Shortts B v Jackies and Quinns v Ozzies. A warm welcome to the newcomers from The Poor Scholar. All game to start at 10.30pm sharp.

Killarney Darts Festival: Best of luck to David Bohan, Brian Kelly, Liam Aldridge, Declan McGoldrick and Robert Mulvey this weekend as they travel to Killarney for the weekend. With a chance of mixing it with the big boys Taylor, Lewis VanGerwen etc on the Sunday their top game will be needed to qualify on Saturday. Best of luck lads!

Bobby George Exhibition: Saturday, October 26, at 9.30pm in Quinns of Fenagh sees Bobby George bring his darts show to Leitrim for the second time. Last seen in the early 90’s Bobby is still a big hit on the exhibition circuit and a great nights entertainment is planned. MC and Walk On music and a large raffle on the night. Proceeds in aid of Aware.ie, admission is optional with a €10 fee to play The King of Bling Himself. Any queries contact Pauline Crosbie on 089 4571425.