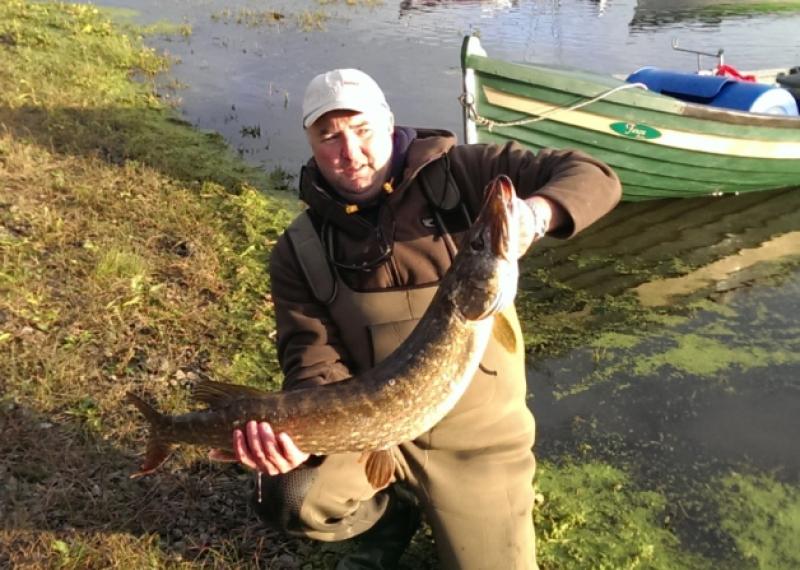 The autumn has finally arrived and water temperatures have substantially dropped in the last two weeks. For this reason, only the hardiest fly fishermen are taking advantage of the extended trout season out on Lough Rowan. The Last Cast - Jarlaith Gallagher

The autumn has finally arrived and water temperatures have substantially dropped in the last two weeks. For this reason, only the hardiest fly fishermen are taking advantage of the extended trout season out on Lough Rowan.

I was one of them last week as I took my chances on one of the warmer days. I was pleasantly surprised at just how many fish were showing as they came to the surface to feed on the fast diminishing sedge and buzzers.

Initially I tried shore fishing but it soon became apparent that the fish were feeding just beyond my casting reach, so I took to the boat to straighten the odds. Sure enough the advantage of being able to get out to the feeding zone soon became apparent. I used some very gaudy lures (Green Humongous, Cormorant and Orange Blob) to great success, within an hour I had four fish, the largest weighing in at about 3lb.

As I have said previously rainbow trout put up an incredible fight and believe me I was not disappointed. Lough Rowan remains open until the end of the month for the trout angler; thereafter the Pike season shall commence and I suspect that the 30lb record shall be broken a few times in the coming season.

Pee McLoughlin Cup: The annual Pee McLoughlin Cup fly only competition was held on Lough Rowan on Sunday October 6. There was a fair turn out with lots of support from club members. Fishing conditions were difficult with a very cold east wind blowing. However most competitors overcame these difficulties and landed fish.

The Gallagher brothers from Ballinamore had great success with Shane Gallagher coming out the winner with a 3lb 120z fish, Miko Wynne, Eslin, took 2nd place with a fish of 3lb 7oz and Bernard Kilkenny, Manorhamilton, took the 3rd place with his 3lb 2oz fish. Well done to the winners and the club would like to thank all who supported the competition.

Pat Gallagher MRCVS Cup: On Sunday last, October 13, the annual pike fishing competition in memory of my late father Pat took place on Lough Rinn. There was a fantastic turn out for the event with over ten boats involved. Fishing was from 11am to 5pm and plenty of fish were caught.

The club would like to thank all who took part. A special thank you goes to Padraig Og Gallagher of Gallagher’s Boxty House, Temple Bar Dublin, who sponsored the competition.

The Micheal Prendergast Memorial cup : The final trout fly-fishing competition of 2013 will take place on Lough Rowan next Sunday October 20. As it is our last competition for this year I would encourage all club members to show their support. Fishing from 11am to 5pm. Barrel required and entry fee is €15 per man.