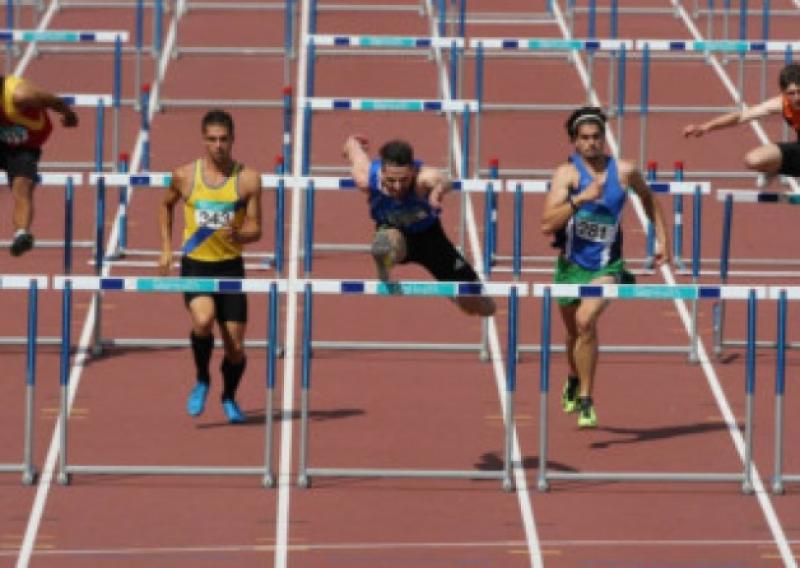 Carrick-on-Shannon AC enjoyed one of their most successful weekends ever with Eanna Madden & Gerard O’Donnell claiming gold medals at last weekend’s National Championships.

Carrick-on-Shannon AC enjoyed one of their most successful weekends ever with Eanna Madden & Gerard O’Donnell claiming gold medals at last weekend’s National Championships.

After a year in which Carrick AC celebrated their 40th anniversary, the Leitrim club enjoyed a stunning weekend as both Madden and O’Donnell claimed two medals each.

Madden was involved in two of the day’s closest finishes of the weekend, with both his races being decided by the thousandth of a second!

Eanna was the joint winner of the 200m title on Saturday with David Hynes of Menepians of Wexford after his late surge, that saw him recover from a three metre gap with less than 50 metres to go, to snatch a share of the gold on the line. Officials were unable to separate the two sprinters in the photo finish as both were timed at 21.42.

Unfortunately, Eanna was just denied a sensational double on Sunday when the photo finish saw him denied by thousands of a second as he again came from behind to take the silver medal in the 100m Final behind Raheny’s Jamie Davis.

Gerard O’Donnell started off Sunday with a bronze medal in just his second 400m Hurdles of the season, finishing in a time of 53.49 but he eclipsed all that as, in his first 110m Hurdles race of an injury hit season, he stormed to a surprise gold medal in a time of 14.57 over the imposing three foot six barriers, his time under 15 seconds.

To complete an exhausting weekend, O’Donnell and Madden then teamed up with clubmates Cathal McElgunn and Daire Farrell for the 4 x 400m Final but they just missed out on the bronze medal, finishing fourth overall.