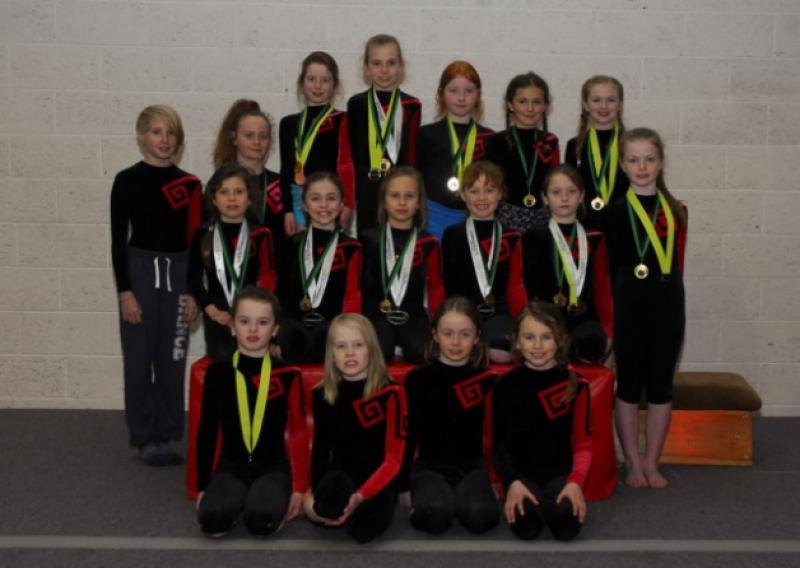 Competing in DCU at the Irish Gymnastics Regional and National Championship, Rachel Kelly took home the individual gold medal in the U11 Individual 1B competition and then took home a gold medal in the regional event along with team-mates Roisin Bracken and Nicole Gallagher.

Rachel and Roisin also won gold and bronze medals in the regional individual competition, held in conjunction with the National Championships against some of the country’s best clubs and a huge achievement for Carrick Gym Club.

That was not the end of the success with the 1A U11 team of Emily Tully, Shannon Dowd, Niamh Ryan and Ellie O’Brien on the winning regional team along while Emily, Shannon and Niamh finished first, second and third in the individual competition.

Natasha Shaughnessy took second in the West Region at 1A U9 level while at 1B level, a higher level than 1A, the team of Valeria Karaceva, Faith Lynott, Katherine Paykosh, Ruby Lowe, and Grace Kelly took regional gold and national silver in the team competition with Valeria second in the region in the individual.

With 100 members going from five-year-olds in the Tumble Tots group to adult gymnastics, the success of the young gymnasts is a great tribute to the work being done in the club.

Head coach Helen Kennedy leads a dedicated team of voluntary coaches who operate out of their own custom building in the North West Business Park on the Castlecarra Road and is extremely popular with great interest to join the club every year.