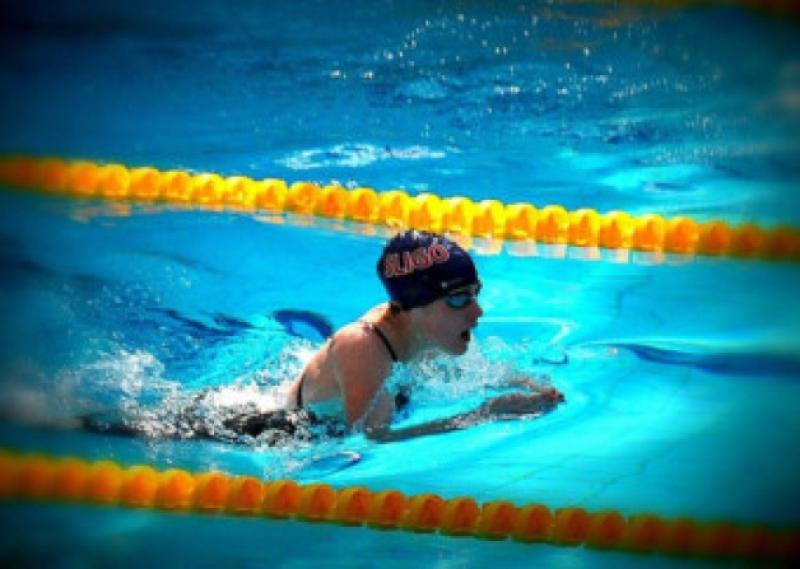 Four Leitrim swimmers put in a series of top class performances at the annual Gerry Ryan Invitation Gala at the University of Limerick,

Four Leitrim swimmers put in a series of top class performances at the annual Gerry Ryan Invitation Gala at the University of Limerick,

Twelve year old Carrie McDaid from Dromahair was competing in the maximum six events. Carrie had a phenomenal weekend, winning four golds in the 11-12 age category. These were in 100m Breast, 100m Free, 100m Back and 200m Free. She also won one silver in 200m Individual Medley (IM).

Overall Ciara had a very successful gala, especially considering she had been injured recently which curtailed her training.

The next major event is the prestigious Dave McCullagh Memorial gala which takes place from March 6-8, in Bangor. Carrie McDaid & Eanna O’Hara will compete before both these young swimmers will be taking part in a week long Easter Swim Camp at Millfield School in Somerset as part of the Connacht Region Squad.