‘Leitrim Lads’ get on their bikes for North West Hospice 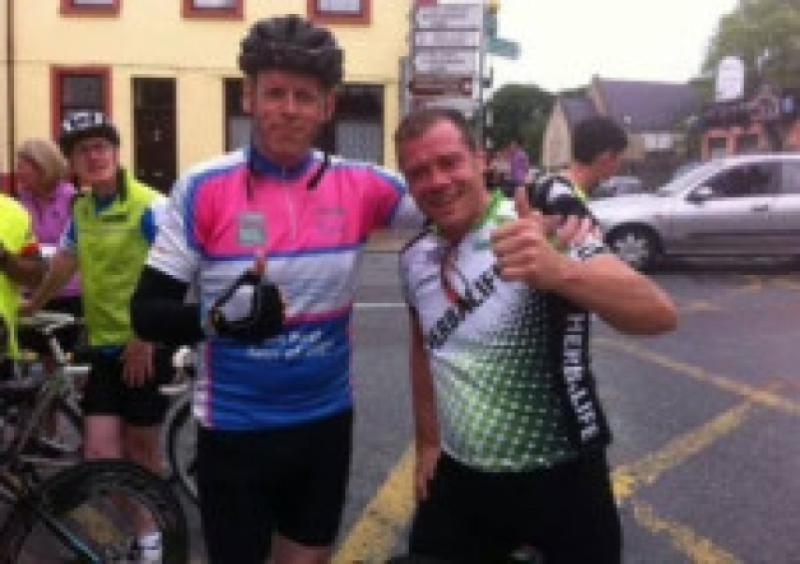 Two Leitrim based cycling enthusiasts are taking to the roads of Ireland this June in order to raise vital funds for North West Hospice.

Two Leitrim based cycling enthusiasts are taking to the roads of Ireland this June in order to raise vital funds for North West Hospice.

Two friends, Jonathan Costello and Karol McNern, also known as ‘The Leitrim Lads’, will, this June, undertake a mammoth three-day 800 kilometre journey from Mizen Head to Malin Head and back to Kinlough.

The North West Hospice requires approximately €1 million per annum to fund vital services across the region. Their sole purpose is to provide specialist care with compassion for those living with life-limiting illness in the communities across Counties Leitrim and Sligo and across South Donegal and West Cavan.

Jonathan, who hails from Kinlough, and Karol, originally from Ballyshannon but now an adopted son of Tullaghan, are also hoping to run a number of events over the coming months in order to highlight their cycle.

The first of these events is a Cycleathon which takes place at Rodgers’ Filling Station in Tullaghan this coming Saturday, February 14.

Both Jonathan and Karol, along with some willing volunteers, will cycle on Turbo Trainers from 11am to 5pm and the lads will use this event to raise awareness of their summer cycle, raise money and increase their own fitness levels in preparation for June’s adventure.

To keep an eye on how the two lads progress with their fundraising endeavours, search ‘Leitrim Lads’ on Facebook. You can also donate to the fund by visiting their mycharity.ie page by searching ‘Leitrim Lads’.