Eanna off to Tallinn after swapping boots for spikes 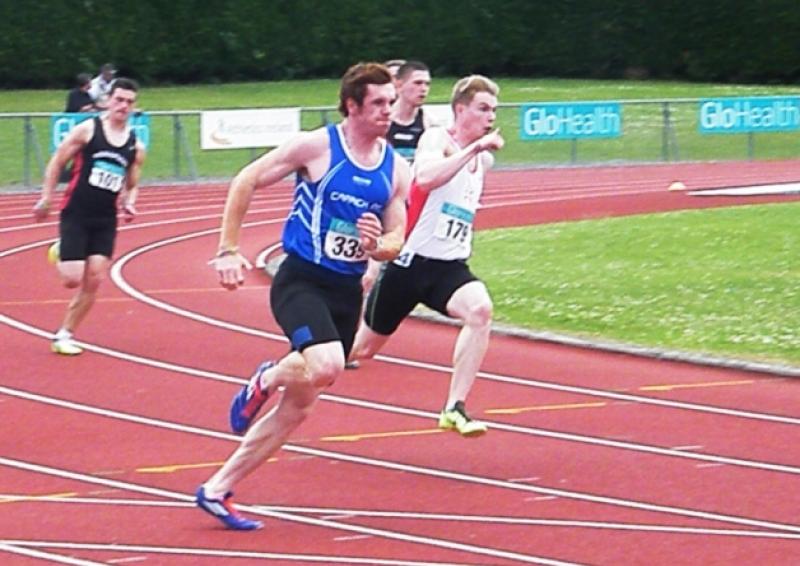 After swapping his football boots for running spikes, Eanna Madden lines out for another team in green when he dons the Irish vest next Sunday at the European U23 Championships in Tallinn.

After swapping his football boots for running spikes, Eanna Madden lines out for another team in green when he dons the Irish vest next Sunday at the European U23 Championships in Tallinn.

The Carrick AC sprinter will be in action at 10 am Irish time in the heats of the 4 x 100m relay on Sunday in the Kadriorg Stadium with the final scheduled for 4.35 the same day.

Speaking to the Observer, Eanna said he and his team-mates are aiming for the final - “We’re trying to get into the top eight. There are a few strong teams there but our time is looking good. We ran a really good time on a slow dead track in Crete so hopefully, this will be good competition on a fast track and hopefully, we get the sub 40.”

Eanna has already represented Ireland in the European Team Championships and it justified the tough decision the Mohill man had to make to concentrate on athletics rather than Gaelic football where he represented Leitrim at Minor and U21 level.

“It was a tough decision, I had to make it on my own. I got a lot of support in the end and things have started going good which backed up my decision. Football will be there for me, hopefully I will get back playing in the future but I’m concentrating on athletics for now and see what I can do.

“I really just went for it when I went to college. I said I’d really give a good crack at it, train fully for athletics. I played with the County U21s last year but this year, I went solely with athletics. I always hoped it would come to this, I always hoped I would be wearing the Irish vest”

And Eanna says he has got great support after his decision to focus on athletics - “Everyone is delighted to see me doing so well on the track so I’m getting the best of both worlds. All the support I’ve got from Mohill GAA club, from Carrick-on-Shannon AC, my family and everyone in the community and around the county, it is overwhelming.”

After Tallinn, Eanna’s focus will switch to the 400m with the aim of making another Irish relay squad - “I know there are some really good 400m runners in Ireland but there are possibly three spots up for grabs on the 4 x 400m going to the World Championships in Beiing

“If I can just get good races, I’m going to try and get my time down as much as I can and we’ll see how things go.”