Success on the double for Cootehall champion 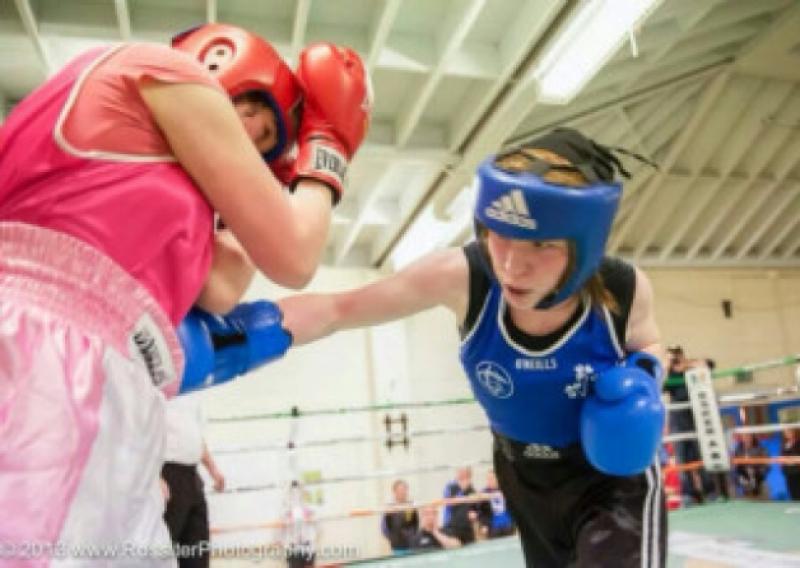 Winning one All-Ireland title in any sport but Carrick-on-Shannon Community School student Saidhbh Greene claimed two in the space of just two weeks.

Winning one All-Ireland title in any sport but Carrick-on-Shannon Community School student Saidhbh Greene claimed two in the space of just two weeks.

Saidhbh Greene of Cootehall, a student of Carrick-on-Shannon Community School, made boxing history on the June Bank Holiday weekend when she won her second National Boxing title in two weeks.

Saidhbh, who boxes out of the Ballinacarrow Boxing club in Sligo, won her first All Ireland title of this year on May 17, when she competed in the Youth 2 54 kg category, having beaten the current European Union champion in the semi finals

Saidhbh went on to compete in the U18 54kg All Ireland competition the following weekend again having to box the current European Union champion in the semi finals.

Saidhbh overcome this opponent with ease and progressed to her second All Ireland Final in two weeks. Saidhbh was successful in her bid for glory and goes down in boxing history having won two All Ireland title in two weeks.

Saidhbh hopes to add to this when she competes in the European Championships in Assisi Italy in July.

Saidhbh attributes her success to her coaches the hugely experience Stephen and Alan Reynolds and Kevin Mullen.

With Irish Amateur Boxing Association President Dominic O’Rourke visiting Manorhamilton last night (Tuesday) to help with the formalise the setting up for the new Sligo Leitrim County Board, the sport in the region has never been at a higher level.

Indeed, Leitrim fighters have claimed four Nationals titles in the year so far with wins for Niall Gallagher, Dearbhla Rooney, Dita Kodolina and Mark Stringer, emphasising the growth strength and popularity of the sport of boxing in the county.