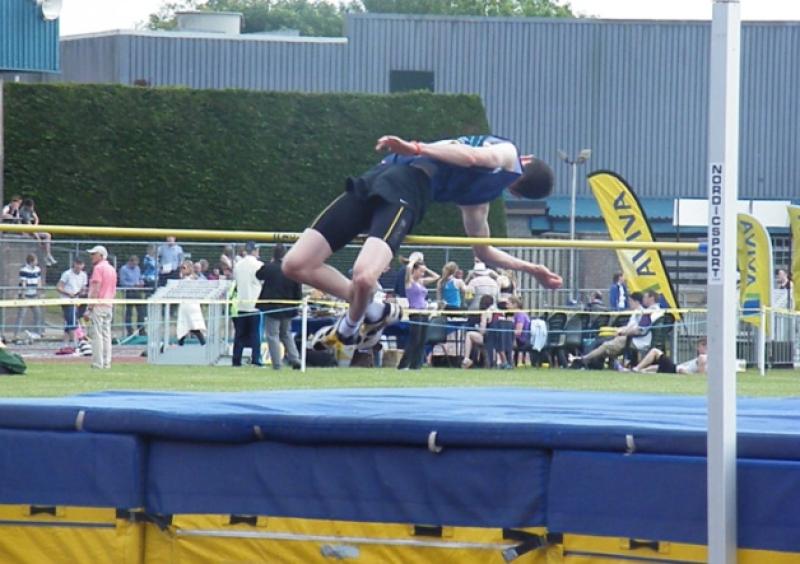 Congratulations to Eanna Madden who equalled his 200m pb at the Universities International in Grangemouth, Scotland on Saturday.

Congratulations to Eanna Madden who equalled his 200m pb at the Universities International in Grangemouth, Scotland on Saturday.

Eanna recorded a time of 21.56 for the second week in a row as he beat the Scottish team and a Scottish select to take the win for the Irish team. Well done Eanna.

Well done also to Stephen McDermott who finished joint fourth in the Inter High Jump at the Irish Schools Championships in Tullamore on Saturday. Stephen cleared 1.70m and made three good attempts at 1.75 which would have given him at least a share of the silver medal.

Brian Finn and Elise Bruen both set new personal bests in Tullamore as Brian jumped 1.65m in the Junior High Jump and was very unlucky not to clear 1.70, good reward for his hard work while the same can be said of Elise Bruen who ran 43.59 to finish seventh in the Inter 300m, a great result.

Mollie Crossley, despite suffering from illness, ran 75.79 to finish seventh in the Senior 400m Hurdles.

We were in action again on Sunday in Tullamore when Gerard O’Donnell, Cathal McElgunn and Joanna Duignan guested in the Leinster Seniors 400m races. Although none of the three were particularly pleased with their performances, the races will stand to them as Gerard won his event, running a shade over 50 seconds while Joanna was on course for a good run until the last 100m.

Next Saturday, our youngest members are in action when the Western Region U9, 10 & 11 Team competition and U12 Individual championships are held in Sligo IT. More details of the event at training during the week.

Best of luck also to our members who will be competing in the Roscommon Community Games Finals next weekend.