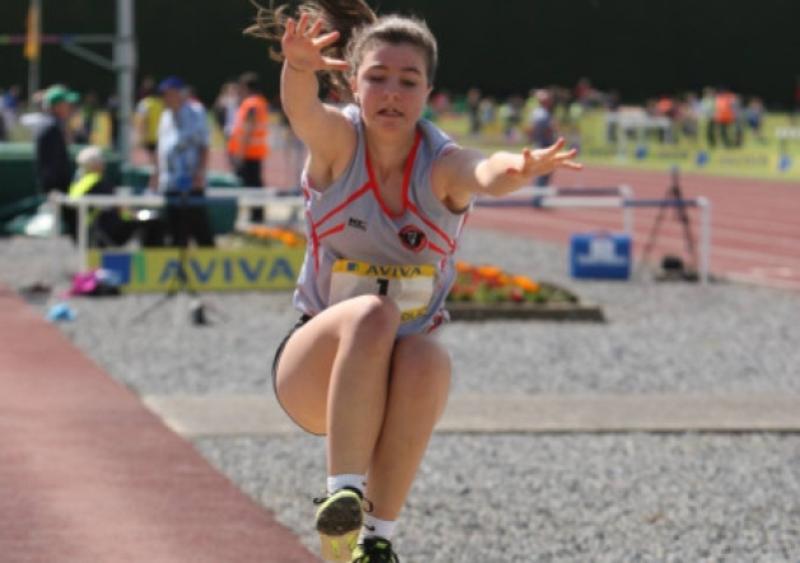 Stephen McDermott of Carrick on Shannon Community School was best placed Leitrim athlete at the All Ireland Schools Championships in Tullamore on Saturday.

Stephen McDermott of Carrick on Shannon Community School was best placed Leitrim athlete at the All Ireland Schools Championships in Tullamore on Saturday.

Elise Bruen, also of Carrick CS, finished seventh in the Intermediate 300m in 43.59 won by Aisling Forkan of Scoil Mhuire agus Padraig of Swinford in 39.35, one of only three Connacht Schools athletes who won titles on the day.

Molly Crossley of Mohill Community College was seventh in the Senior 400m hurdles in 75.79.

Sibeal Reynolds of Mohill Community College was seventh in the Junior Long jump with a leap of 4.73m. Her team mate Dearbhaile Beirne had the misfortune of being disqualified in the Intermediate Walk while on course to a medal winning performance.

GREAT PERFORMANCE BY LAURA IN SPAIN

Laura Reynolds put up another fine performance in the 20K Walk when she finished seventh in the IAAF Race-walking Challenge at La Coruna on Saturday last.

Her time of 1:31.57 was her second fastest ever and again inside the A Standard for the European Championships in Zurich in August. The event was won by Liu Hong of China in 1:27.58 from Mirna Ortiz of Guatamala in 1.29.56 and Eleanora Giorgi of Italy in 1.30.

Eanna Madden equalled his week old 200m pb when he ran 21.56 to win the Universities International in Grangemouth Scotland on Saturday.

The Curlew Warrior Annual 10K Challenge will be taking place for it’s fourth year on Sunday June 15, in Boyle. All proceeds in aid of Roscommon Branch M.S Ireland, which goes towards providing much needed services & Physiotherapy to those people affected with MS.

€10 entrance fee, spot prizes and light refreshments on the day.