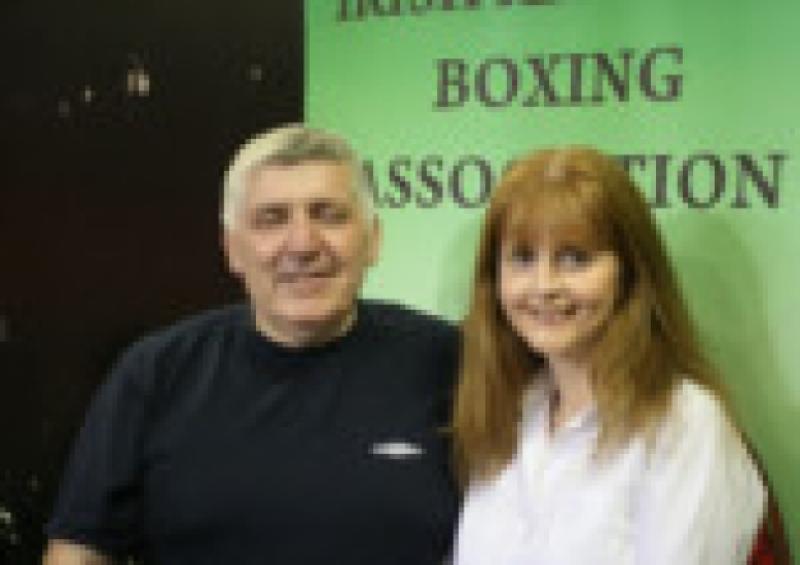 Seán McDermott Boxing Club official Martha McGuinness has been recently promoted to the ranks of a world competitions boxing judge.

Seán McDermott Boxing Club official Martha McGuinness has been recently promoted to the ranks of a world competitions boxing judge.

Martha had taken charge of fights at local, provincial, national and in Scotland at international level previously. Ms. McGuinness has recently passed her world boxing judge’s examinations and will from now on be seen in action all over the globe as she adjudicates in boxing rings on contests in many different places.

Experienced coaches James Kelly, Manorhamilton and Tom Myers Sligo will be organising special squad training sessions on Sundays when all the young talented fighters from both counties will be brought together for special training in the finer points of the pugilistic game.

Meantime the Seán McDermott Boxing Club is extremely grateful to the Manorhamilton Historical Society who is currently engaged in researching a history of the North Leitrim main town’s boxing club.

Anyone with any memories or stories of boxing in the Manorhamilton area from previous years, going back to circa 1940 probably, should contact any member of the Seán McDermott Boxing Club or Margaret Connolly of the Manorhamilton Historical Society, so that this story is documented for future generations.

The Boxing Club is asking the public to please support its car wash event that will take place at Manorhamilton Fire Station on Saturday, August 30 and the Club’s annual walk, which is scheduled for September.