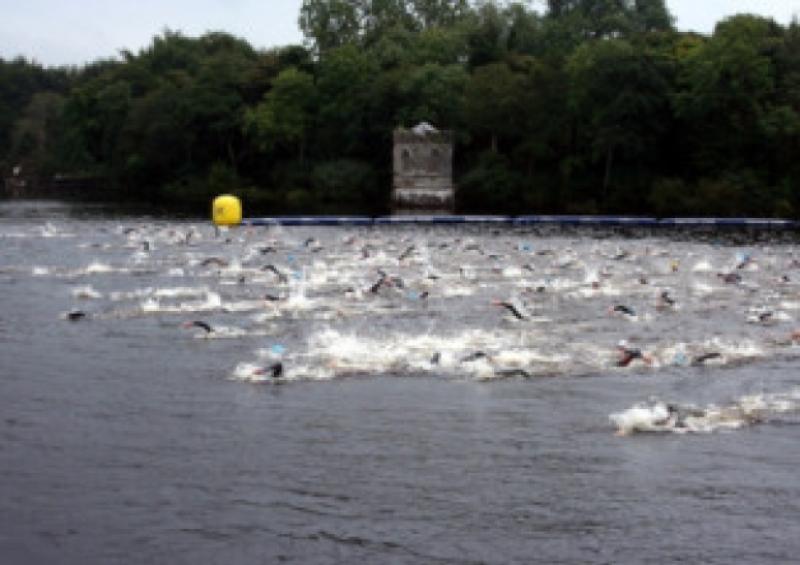 Triathletes from all over Ireland and beyond will take part in the Waterways Ireland Lough Key Triathlon next Sunday in the local Forest Park.

Triathletes from all over Ireland and beyond will take part in the Waterways Ireland Lough Key Triathlon next Sunday in the local Forest Park.

Over 500 entries have been received making it the largest such event to ever take place in the region. Entry to this years event has been boosted due to National Series status it was awarded for this season. Some of Ireland’s top triathletes will compete in the hope of picking up some valuable National Series points in one of the last big races of the season.

Such was demand for entries this year, an extra wave of competitors had to be added to the event over and above what had been originally planned. This year’s event comes at the end of a six month planning process by the local club in putting the event and field together.

Race Director Finbarr Feely expressed his delight at the entry received - ‘This year’s entry is by far the largest entry we have received in Lough Key. The entry is notable not only for its size but also the quality of the field that will race. We will get to see some of Ireland’s top triathletes in action in a sport that is probably the fastest growing sport in Ireland at the moment.

“We have put in a massive amount of work in the build up to this. None of this would be possible without the hard work and dedication of the club members. Waterways Ireland as main sponsor have also been integral to the event.”

Finbarr also highlighted the boost to the local economy - “We will have over 500 competitors on the day but a large number of them will be in the area the day before. Most will have family and club members supporting so expect a large influx of people into the area over the week-end.”

The race starts at 10.30am on Sunday morning and good vantage points include the Forest Park itself, Knockvicar village and Doon Shore at the northern end of Lough Key where the triathletes will tackle a tough climb on the cycle route. Anyone planning on watching from the Forest Park is advised to be there in plenty of time as parking will be restricted and large crowds are expected.