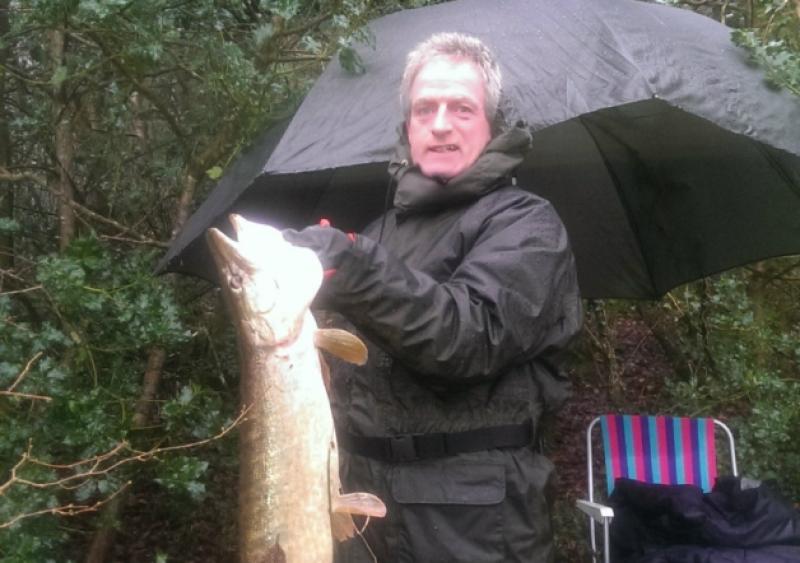 2013 was literally blown into 2014, with gales and storms battering the country.

2013 was literally blown into 2014, with gales and storms battering the country.

Now, as an angler, I have been told countless times that I was “mad to go out fishing in that weather” and it only roaring a force three, which the Met Office describe as a “moderate breeze” with rain that would bore holes in the back of a tortoise, but I draw the line at that. When it comes to safety on the water you can never take chances. Surfing weather is certainly not very conducive to angling! January 1, arrived finally and I imagine as some super surfer was preparing to catch a wave just miles from the river Drowse, I was putting my rod back on its rack. My opening day trip to this beautiful river to try to land the first salmon of the New Year will have to wait another 12 months. This year, that honour goes to Ballyshannon angler, Eoin Mc Manus. The first salmon weighed in at 8lb and was caught using a size 7 brown Rapala lure. Congratulation to Eoin and all proceeds of the sale of the first salmon very kindly went to charity.

Rinn-Shannon & District Angling Club: The club would like to extend thanks to everyone who has supported the club in the last year and beyond. A very big “Thank You” goes to the “Chilly Dippers” whose members braved the raw elements on Christmas day in order to raise funds for the proposed wheelchair accessible floating fishing ramps on Lough Rowan. The “Dippers” were out in full strength as they took the plunge in front of a very large audience. A special mention must go to all those who collected on Christmas Eve, I just know Santy was good to you! Congratulations also to Arlene McFeelan, Ballinamore, who was the lucky winner of the RSDAC Annual Draw Christmas Hamper in SuperValue Ballinamore. Thanks also to Michael McGovern and the staff who were instrumental in the draw being such a success. Finally a massive thanks to each and every one of the people who bought a ticket for the draw, there can only be one winner of the hamper, but by supporting the club and its work, you are participating in our ambition of making Lough Rowan the premier mixed angling venue of the North West.

Meeting: The Club is holding a meeting in Fitzpatricks Ceilidh House, Main Street, Thursday, January 16. Membership fees are due from January 1. Remember to submit a passport photograph with your application form this year as we are redesigning our membership cards and a photograph shall be required. For further details of how to join and online application form, please log into www.rinnshannon.com if you have a smart phone you can send your decent quality “selfie” to iarlaith66@gmail.com, which should make this part of the application process a little easier.

The Pat Gallagher Cup: Its that time of year again when the pike anglers of the district do battle with each other in order to lay their claim on the Pat Gallagher MRCVS Cup. The event is held in memory of my much-loved late father “Pat the Vet.” My father was an avid angler and was instrumental in promoting recreational angling and its potential financial benefits to the local community. This event shall take place over 10 weeks. Entry fee is twenty euro per man per match. The Cup shall be awarded to the overall heaviest bag. Overall heaviest fish shall receive one hundred euro. Depending on entries, every boat entered shall win a prize! Matches shall be held fortnightly and first match shall be held on Lough Rinn Sunday January 26, at 11am to 5pm. Future match venues to be decided on by the committee and shall be communicated by text messages to all club members. The club would like to thank Padraig Og Gallagher of “The Boxty House” Temple Bar, Dublin 2, for his continued support and encouragement.

Until next time ….tight lines!