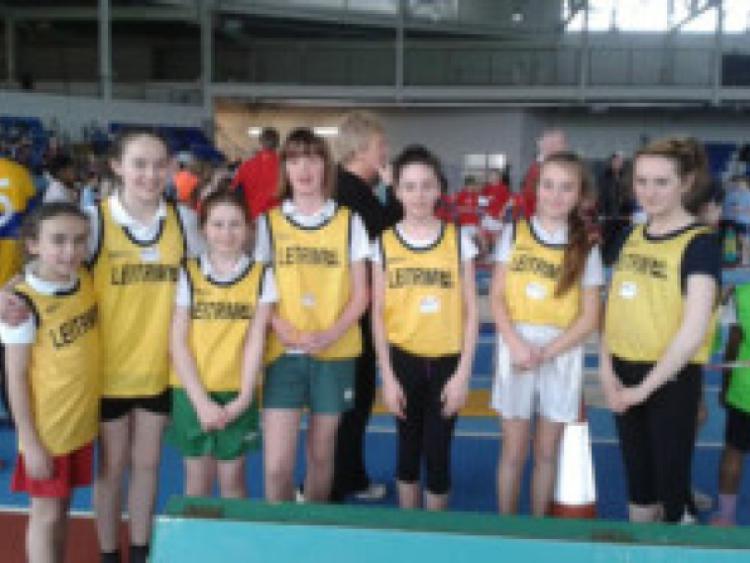 The four Gaelscoil Liathroma teams which qualified from the Primary Schools Sports Hall Athletics Finals in Ballinamore to represent Leitrim in the All Ireland last Wednesday put up excellent performances.

The four Gaelscoil Liathroma teams which qualified from the Primary Schools Sports Hall Athletics Finals in Ballinamore to represent Leitrim in the All Ireland last Wednesday put up excellent performances.

The fifth and sixth class Girls event in Ballinamore Sportshall produced the closest result with Four Masters of Kinlough actually holding the lead until the second last of the twelve events. In this event the Leitrim winners, Gaelscoil Liathroma, finished eighth in Athlone.

In the fifth and sixth class boys event Leitrim took a fine sixth position as Clare and Donegal again dominated.

The performances of the Leitrim competitors vindicates the work of Leitrim Sports Partnership, Leitrim County Board AAI and the Athletic Clubs in promoting this event which attracted 20 schools and over a thousand competitors at County Level.

For Leitrim Sports Partnership leaders it is a just reward for the huge volume of preparatory work put into the competition and the purposeful involvement of so many children in good quality activity who would not otherwise have got involved in sport is a clear example of Sports Partnerships in conjunction with existing voluntary sportsbodies can make a real and lasting contribution to the fight against lack of adequate exercise by young people with it’s various consequences.