Possible tragedy averted as teenagers pulled from the water 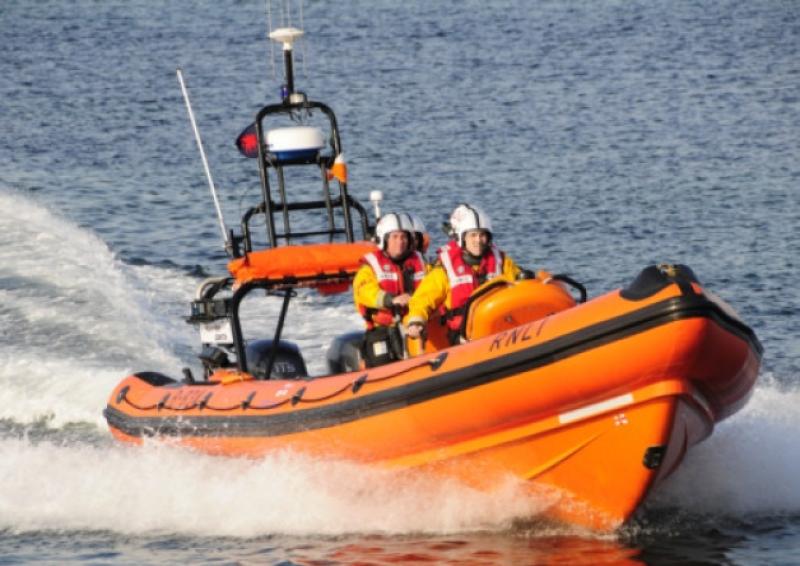 Four teenage girls got into trouble whilst swimming at Main Beach in Bundoran last Saturday (17th September). The girls were in the water just after 6.30pm on Saturday evening when they found themselves caught in a rip current.

A member of the public dialled 999 and the Bundoran RNLI Lifeboat and Rescue 118 helicopter were both requested to launch by Malin Head Coast Guard.
Within minutes the Bundoran Lifeboat was on the scene having made the short trip from the nearby station, however, on arrival the girls had already been helped to safety by a number of body boarders who were in the water at Main Beach at the time.

A number of RNLI volunteer shore crew, trained in Casualty Care, also attended the scene and assisted the girls until the arrival of the Sligo based Rescue 118 helicopter which landed in the Astoria Car Park.
As a precautionary measure, the girls were airlifted to Sligo University Hospital from where they were subsequently released after having been given an all clear.

Now the girls are appealing for their rescuers to come forward so that they may thank them in person.
They have asked the body-boarders to make contact via the Bundoran Lifeboat Station facebook page www.facebook.com/bundoranlifeboat or email bundoran@rnli.org.uk

Safety on the water advice is available via www.bundoranlifeboat.org or www.rnli.org