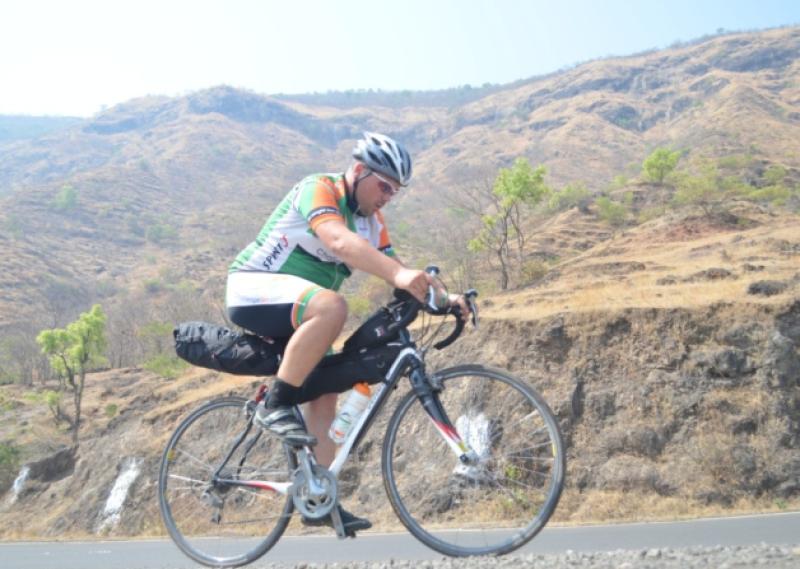 Breifne Earley is pictured during his world cycle race.

World Cycle Race winner, Breifne Earley has commented that "lightning has struck twice" after his specialised bike was stolen from outside Demesne Shopping Centre in Dundalk, Co Louth yesterday.

It was just over a year ago that the same bike was stolen. Thankfully it was recovered a short time later and Breifne is hoping this will again be the case.

Taking to social media yesterday afternoon, Breifne detailed how he was dropping copies of his book, Pedal the Planet, into a book shop at the shopping centre when the bike was taken.

"This tour to promote the Pedal the Planet book in aid of Pieta House was the first time it had been taken outside my home since it was recovered last year," he said.

"Obviously the sentimental value, coupled with the actual cost of the bike is significant and I would greatly appreciate any help in returning the bike".

The bike is a very distinctive specialised Crux Carbon Pro. It is mainly white with black and red decals.