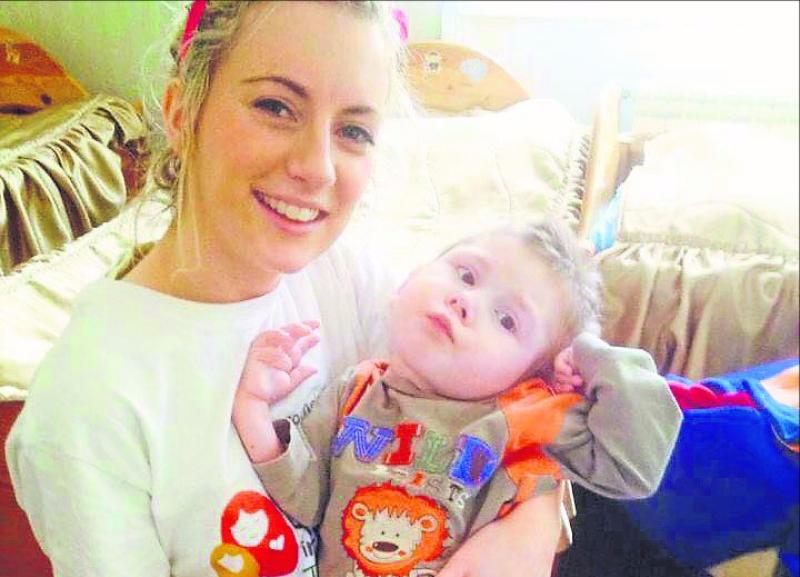 Edwina pictured with a child in Vesnova Children's Asylum.

Over 3 years ago Drumsna woman Edwina Guckian became involved with Adi Roche's Chernobyl Children International and this November she will return to work in Vesnova's Mental Asylum for sick children. She will be joined by Kilmore woman Aideen Burke that works with Edwina at Sean Nós ar an tSionann Dance Club.

"It's 30 years this year since the Chernobyl nuclear disaster occurred and it’s hard for the rest of the world to imagine the devastation this disaster has visited on the people, the children and the land. Those 30 years have passed and we think these areas have recovered. But they haven't. Radiation lives on in every sense: in their water, their soil, their animals, their fauna, themselves.

"These people now carry a genetic marker passed down from one generation to the next and it’s effects are catastrophic. 85% of children born since 1986 in Belarus are affected by a 200% increase in birth defects and deformities. These are some of the children I work with in Vesnova. When one passes away there's a huge list of children waiting to take their place in the asylum.

"Each child living in an institution, such as Vesnova mental asylum, is allocated just €1 per day to live. Once institutionalised you are there for life. You lose all citizenship rights. Even when you turn 18 you are just moved on to an adult institution. I have worked closely with these children in Vesnova. There are some that if were given half a chance, an education, a family, a future, they would thrive.

"While many others are bed bound and have malignant tumours, blood circulatory illnesses and disorders of the bone, muscle and connective tissue system these children are full of positivity and smiles knowing nothing of a better world, only the one they live in. At the end of the day, regardless of illness, mentality, mobility or communication, they are all children that crave love, attention and hope."

Since 2013 Edwina has organised an annual Halloween fundraiser, raising over €20,000.

This year she holds a Chernobyl Draw with raffle cards in local shops and online through www.everydayhero.com

"Thank you so much to the people of Leitrim, Sligo & Roscommon for all your support to date. Your generosity and donations have helped employ more nurses in Vesnova, employ teachers and add a school to the asylum, as well as much need medical equipment, food, wheelchairs and sensory rooms. Thank You!"