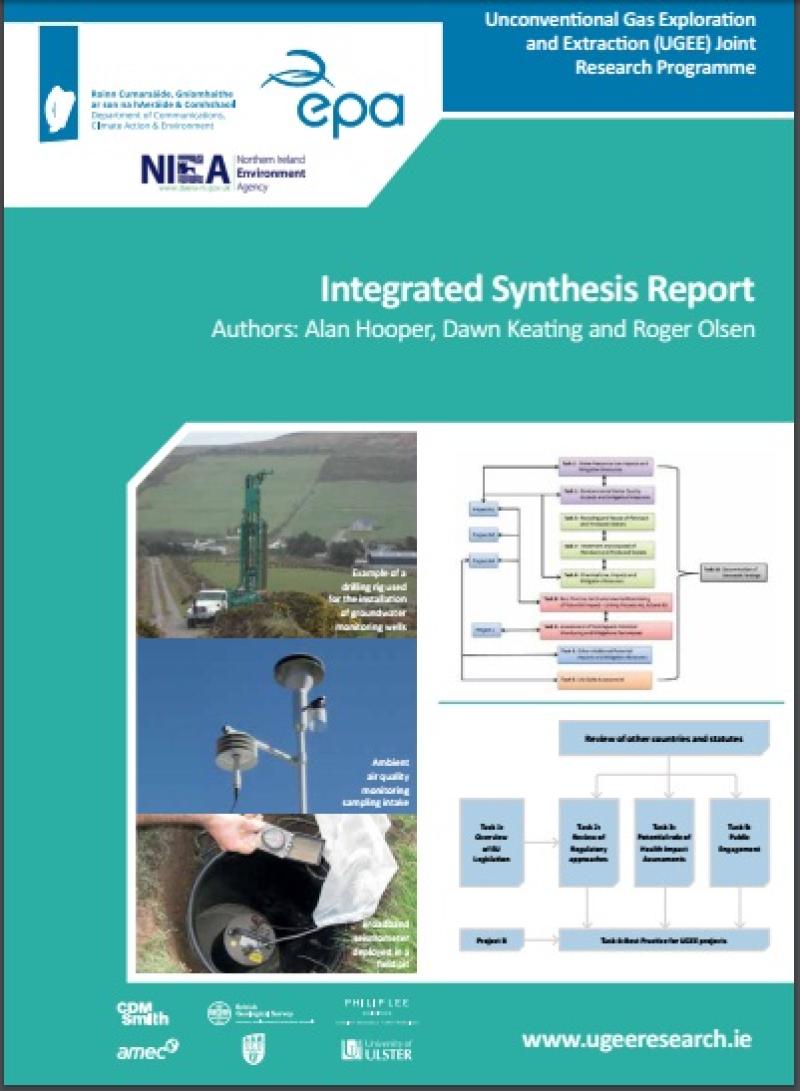 The Minister for Communications, Climate Action and Environment, Denis Naughten, said he believed today's publication of the findings of a study into the use of hydraulic fracturing (fracking) on the island of Ireland, justified the continuing ban on the licensing of the process.

A series of reports arsing from the Joint Research Programme on Environmental Impacts of Unconventional Gas Exploration and Extraction (UGEE) were published this afternoon by the Environmental Protection Agency (EPA).

The research programme was made up of five projects which looked in detail at the potential impacts of UGEE on water, seismicity and air quality as well as a comprehensive literature review of operational practices and regulatory regimes.

Part of the  extract from the conclusions section of the Integrated Synthesis Report into the UGEE Joint Research Programme, stated that "the programme concluded that many of the activities associated with UGEE projects/operations could proceed on the island of Ireland, while protecting the environment and human health."

The study accepted that the hydraulic fracturing industry was a relatively new one which was 'evolving rapidly'. It stressed that the regulatory regimes of North America, where the process is most prevalent, "are very different from those of the EU and many of the more environmentally damaging practices (used in North America) may not be permissible in the island of Ireland (e.g. open wastewater lagoons, flaring, disposal of wastewater by deep underground re-injection)."

Despite this the study acknowledged there were three main impacts where data and/or experience wasn't sufficient to establish a reliable assessment of the consequences of fracking. These included the possible pollution of groundwater supplies due to the failure of gas well integrity; the potential increase in the migration of gas and pollutants as a result of the hydraulic fracturing process and the possible impact of gas emissions as a result of the fracking.

The study noted "these (three concerns) would require clarification before environmental protection and human health can be ensured."

In as statement issued shortly after the publication of the programme findings, Minister Naughten said: “I believe the Report's findings justify the continuing prohibition on the licensing of hydraulic fracturing. I am on record as having raised concerns with regard to the use of hydraulic fracturing – particularly on such matters as long term well integrity; the potential release of toxic chemicals from the ground; and the significant and considerable potential implications that the use of this technology may have on people in rural communities as a consequence of the spatially dispersed pattern of housing in rural areas. I am pleased that these matters of concern have been addressed in the Report.”

Minister Naughten noted the issues raised in the Report on the potential impacts of hydraulic fracturing on ground water and air quality, together with the identified gaps in legislative oversight surrounding the use of hydraulic fracturing in Ireland. Minister Naughten added “It has always been my view that any decision on the use of hydraulic fracturing should be made on the basis of peer-reviewed  science.  The report of the EPA led Joint Research Programme provides the robust underpinning for decision making on this issue of public concern.  I have decided to refer the report to the Joint Oireachtas Committee on Communications, Climate Action and the Environment for its consideration. I hope this will assist at the Committee Stage debate of the proposed hydraulic fracturing legislation to be  progressed by the Oireachtas next year.”