Jury finds motorcyclist died as a result of an accident 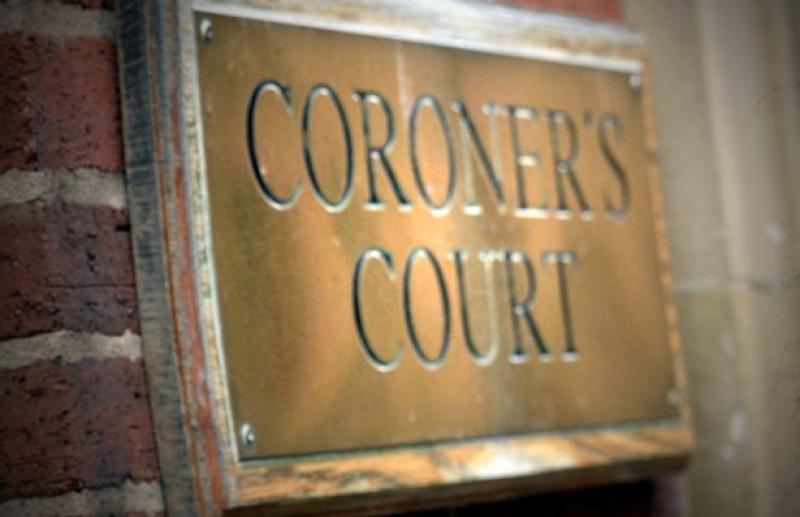 A jury in the Coroner's Court in Carrick-on-Shannon last Monday found that motorcyclist Damien Rogan, Tooman, Mohill, Co. Leitrim died as a result of an accident.

Mr Rogan, aged 28, died from injuries sustained when his motorbike was in collision with a jeep and trailer being driven by James McWeeney, Longstone Stud, Ballinamore at Ballycalleen, Ballinamore, Co. Leitrim on March 18, 2015.

Deputy Coroner for Sligo/Leitrim, Mr Fergal Kelly, presided at the inquest into Mr Rogan's death.
Evidence was heard by witnesses, emergency services personnel and medical practitioners before the jury, after a short deliberation, returned a verdict of death by accident in accordance with the medical evidence.
Mr Kelly had instructed the jury that he believed the only verdict they could come up with in this case was 'accident.'

Evidence was heard from Barry Bohan, Mr Rogan's brother-in-law. The two men had gone for a motorcycle ride that day.
He said Damien was in front of him, riding a Honda CRV 1000 Fireblade, and they were behind an articulated lorry until the far side of Fenagh village. Damien passed out the lorry and Mr Bohan passed it out a few seconds later. He came round the next bend and saw Damien lying on the ground. The bike was in front of the jeep and the jeep was facing into the house.
Mr Bohan gave evidence of the emergency services being called and attending at the scene. Mr Rogan was pronounced dead at 3.55pm.
Mr Bohan said when giving his statement to the Gardai, no one asked him about the position of the jeep and trailer on the road. He said the rear of the trailer was three feet across the centre white line on its incorrect side which he believed caused Damien to brake and lose control of the motor bike. The Deputy Coroner reminded all present that the purpose of an inquest was inquisitorial and not adversarial.

James McWeeney said as he approached his house from the Ballinamore direction he indicated left and went to the white line to turn in. He said he saw a motorcycle coming round the bend on his side of the road.
Mr McWeeney said everything happened in a flash. The motorbike hit the front wheel on the driver's side. He saw Mr Rogan lying on the road.
In reply to solicitor for Mr Rogan's family, Lorna Groarke, Mr McWeeney denied he had blocked the road by taking a wide swing into his property. Ms Groarke said photographic evidence showed the left hand lane (as Mr Rogan approached) was partially blocked by the trailer.
She added that something happened to cause Mr Rogan to move to his incorrect side. Ms Groarke admitted Mr Rogan was travelling “at serious speed” but he saw the road blocked and tried to avoid an emergency.
Mr McWeeney continually repeated he did not block the road and that Mr Rogan was on his incorrect side. This was refuted by Ms Groarke.

In reply to Ms Orla Ellis, solicitor, Mr McWeeney said no criminal charges had been brought against him. He said the impact of the bike pushed the passenger side of the jeep to the pier and the trailer to shift also.
Stephen Lomas, the driver of the articulated lorry gave evidence of Mr Rogan passing him out. Dash cam evidence was shown in court of Mr Rogan passing out the lorry seconds before the crash.
He said he was doing 65-70kph and Mr Rogan was going “considerably faster.” Mr Lomas said he didn't see the crash but saw the trailer was “a little bit over the white line.”
Ms Ellis put it to him that the speed limit was 80kph on that road and that the trailer was the width of a tyre across the white line and there was sufficient room for Mr Rogan to pass on a motorbike if travelling at the sufficient speed. Mr Lomas agreed.

Garda Jimmy Stenson gave evidence of being the first responder to the scene and what he found. He said the trailer was at an angle, pointing back towards Ballinamore. He said he could see from the photos it was partially across the road.
Troy Sheehan, who came upon the scene, said his priority was tending to Mr Rogan but admitted, in his view, Mr McWeeney was “probably out a bit too much on his right hand side to run into his entrance.”
He said he would like to amend his statement which had originally stated that he didn't think the trailer had moved to its incorrect side.
“I thought he was fairly in line but when you see the pictures, it's obvious he was not,” he said.

Sgt P.J. Gallagher, PSV Inspector, gave evidence of his findings. The jeep's indicators were working but the trailer was not connected to the jeep's lights.
He said he later returned to the scene with a similar jeep to Mr McWeeney's and towed the same trailer and drove it through the entrance, finding it was possible to do so without crossing onto the incorrect side of the road. It took him two attempts to get it right, he admitted.

Sgt. Andrew McGauran gave evidence of administering a roadside breath test to Mr McWeeney which proved negative. His driving licence was valid but the tax disc had expired the month before. He also did not have a certificate of roadworthiness as it had expired in November 2014.
Sgt McGauran agreed the trailer was over the centre line but denied anything was overlooked because a young motorcyclist was involved. He said the investigation was carried out openly on the facts and evidence as they presented themselves.

Garda Hugh McCann, forensic collision investigator, calculated from the dash cam, the lorry's tachograph, and the length of road from the passing out manouevre to the crash site that Mr Rogan covered that distance at an average speed of 156.9 kph.
He found the motorbike went from its correct to incorrect side and lost control prior to the collision. The bike struck the jeep and Mr Rogan collided with the trailer.

Ms Groarke said it was admitted Mr Rogan was going very fast, however, he was in control of his motorbike and the jeep and trailer caused an emergency on the road and he took emergency action to avoid it. As a result, he lost control, separated from the motorbike and then collided.
She put forward the argument that if the jeep and trailer were not on the road, Mr Rogan would still be alive and asked the jury to find that he died as a result of the jeep blocking the road.