Possibility Hartley Bridge may be closed 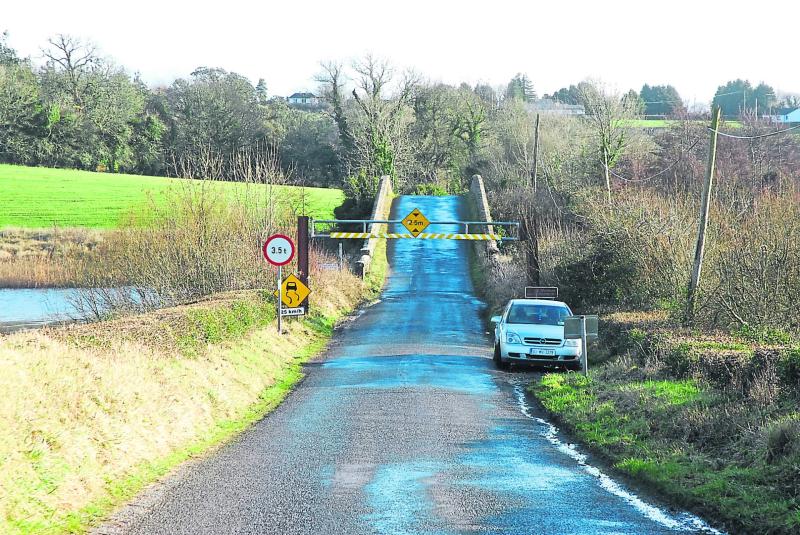 Hartley Bridge in Carrick-on-Shannon that links Counties Leitrim and Roscommon may have to close, depending on the result of tests being carried out on the structure this week.

The matter of Hartley Bridge was discussed at this month's meeting of Carrick-on-Shannon Municipal District in Aras an Chontae.

Cllr Enda Stenson asked Council officials if there is any update on funding for the replacement of Hartley Bridge.
Shay O'Connor, Senior Engineer, Roads, told him in reply that at present there is a 3 tonne weight limit on Hartley Bridge.
“We will be carrying out further tests on the existing bridge at Hartley within the next week.
“We have made an application to the Department of Transport for funding for a replacement bridge at Hartley. We will be working closely with the Department to secure funding."
Cllr Stenson asked what hope they have of getting that funding. He said Hartley Bridge is a vital connection between that part of Co Roscommon and Carrick-on-Shannon.
“I believe that bridge has got to be replaced, it is a link road for the whole wider Cootehall and Boyle area,” he said.

Mr O'Connor further explained to the meeting that testing and inspections of the bridge last year meant a 3 tonne limit was imposed.
He said, however, the consultants were concerned with other elements of the structure. They were due to carry out a further inspection the week before the meeting, but that was unfortunately delayed.
Mr O'Connor stressed the consultants wanted to make a structural assessment and be satisfied that the 3 tonne limit is sustainable.

In relation to Cllr Guckian's question, Mr O'Connor said the Council has one application with the Department that contains four bridges in the county, Hartley, Rooskey, Killavoggy (Dromahair) and Lennox's Bridge (Kinlough). He said that Hartley is at the top of that list. Mr O'Connor also told the meeting the Council receives funding of €200,000 per annum for bridge repair works.

Cllr Stenson queried that when the inspection is done, is there a possibility that the bridge could be closed. Mr O'Connor said, yes. He said a new bridge there would be extremely expensive as there is a 70 metre span and he estimated it would cost in the region of €4 to €5 million. He added that Roscommon County Council are aware of Leitrim's application and are supporting it.