Carrick girls will Beg, Borrow and Steal to Rome 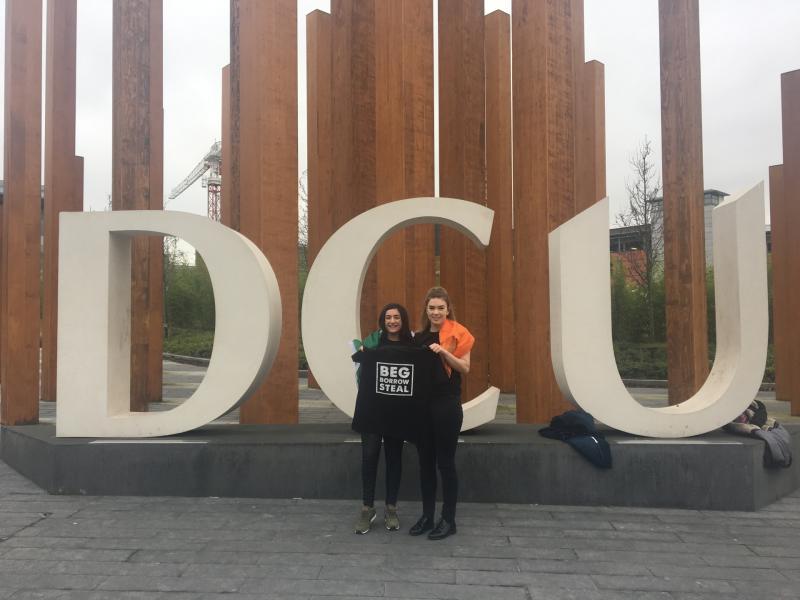 Grace Healy and Orla McNabola will be taking part in a charity race to Rome.

Here's a challenge - You're standing in the middle of the departure lounge at Dublin Airport. Pulse racing, hands sweating, you look around desperately for someone to help. You have to make it out of the country, but you have no money. What do you do?

In a bid to raise money for the Irish Cancer Society in association with Movember, 200 students from DCU are tasked with making it across Europe; with no money. Not a single cent. No bank cards or prearranged help either. With only each other, their backpacks, hearts of hope and the promise of the memories of a lifetime up for grabs.

Last year, contestants travelled to Berlin and raised €50K for the Movember Foundation, but this year DCU's Students’ Union are upping the challenge. They will have to make it to Rome.
But it's not as easy as making it to the Italian capital. They must also touch base at a few mystery European checkpoints first, which will only be revealed by a clue when they leave DCU. The Students’ Union aren't making it easy. This isn't for the faint hearted.

Grace and Orla, known as team “When In Rome”, will actually have to beg, borrow and steal their way, blagging for donations, lifts and maybe even a place to rest their weary heads for the night. There's sure to be lots of hiccups, near-misses and memories made in this adrenaline-fuelled journey of epic proportions!
Having already raised over €700 for the Movember Foundation, the Carrick duo are keen to keep the donations rolling in on their fundraising page ie.movember.com/team/2244983.

Their journey begins today, January 25th, with the official BBS Warm Up, starting and finishing in Ireland. The top 10 teams will automatically win themselves 10 minute headstarts for the main event on February 2nd. This is set to be Europe’s biggest student adventure Race so it's something worth following, for the entertainment value alone!

Tune into the action live on Grace and Orla’s Twitter page @WhenInRomeBBS or by using the hashtag #BegBorrowStealDCU on February 2nd.