Gerry Adams pays tribute to Sean MacManus on his retirement 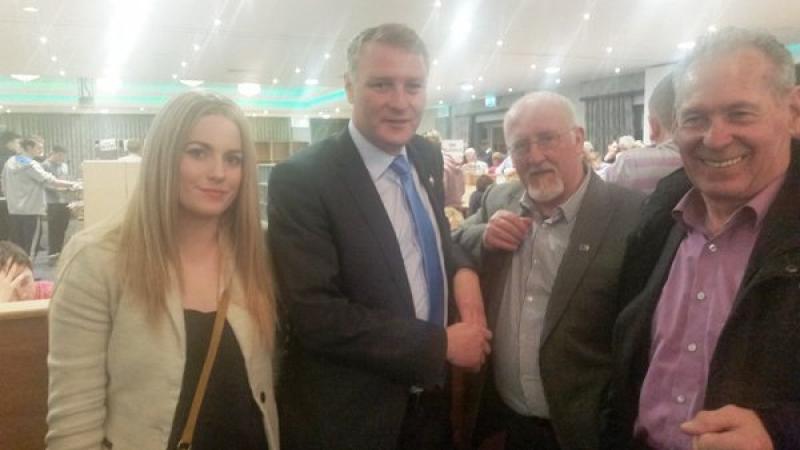 Gerry Adams said, “On behalf of Sinn Féin I wish to pay tribute to the contribution of Seán MacManus to the party over many years. I also want to thank Helen and the family for the support they have provided him.

“Seán is a former party chairperson and was a member of Sinn Féin Ard Comhairle for many years. He was involved in Irish republican politics from the early 1970s and was secretary of the County Sligo Anti-H-Block Committee which campaigned in support of the republican prisoners hunger strikes of 1980/81.

“Sean became a member of the Sinn Féin Ard Comhairle in 1982 and remained on that body for over twenty years. He was Sinn Féin National Chairperson from 1984 until 1990, was a member of the party’s delegations during the Peace process and involved in the negotiations which eventually led to the Good Friday Agreement.

“25 years ago this month the MacManus family suffered a deep and personal loss when their son, Volunteer Joe MacManus, was killed in 1992 while on active service with the IRA.

“Twice a Mayor of Sligo, Sean contested the Sligo/Leitrim Dáil constituency on several occasions and was a Sinn Féin candidate for the Connacht/Ulster constituency in in the European elections.

“I want to extend best wishes to Seán on his retirement from Sligo County Council, and to wish his wife Helen and son Chris all the very best in the future.”