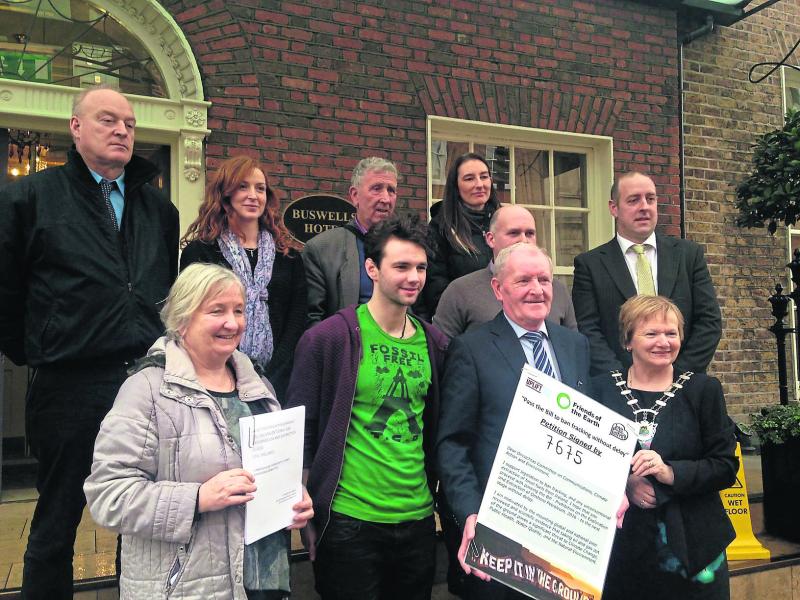 Submissions ready for delivery to the Joint Oireachtas Committee.

Good Energies Alliance Ireland (GEAI), based in County Leitrim and a member of the Environmental Pillar, have submitted an extensive report to the Joint Oireachtas Committee on the €1m fracking and Unconventional Gas Exploration study commissioned by EPA and carried out by CDM Smith.

Following detailed analysis of the EPA/CDM Smith study, they identified that the study failed to address the issue of protecting human health although this was one of the research questions.

The team, led by Dr Aedín McLoughlin, also identified flaws in the study’s conclusions, which they claim did not address the fact that hydraulic fracturing (fracking) has inevitable and well-documented impacts on the environment and human health that cannot be averted.

All in all, the team found 12 issues that they feel were not addressed satisfactorily, including risks of water contamination, air pollution, leakage of methane, earthquakes, and toxic wastewater disposal, to name a few.

Dr McLoughlin, who was invited to Pennsylvania by Heinrich Boel Foundation, said she has seen for herself the appalling impacts of fracking on individuals who live in areas beside well pads, including rashes, strange tumours and poisoned drinking water.

GEAI is concerned that the Dáil vote to ban fracking may be diluted by vested interests who will wish to create loopholes in the forthcoming legislation to enable fracking to take place on the island of Ireland.