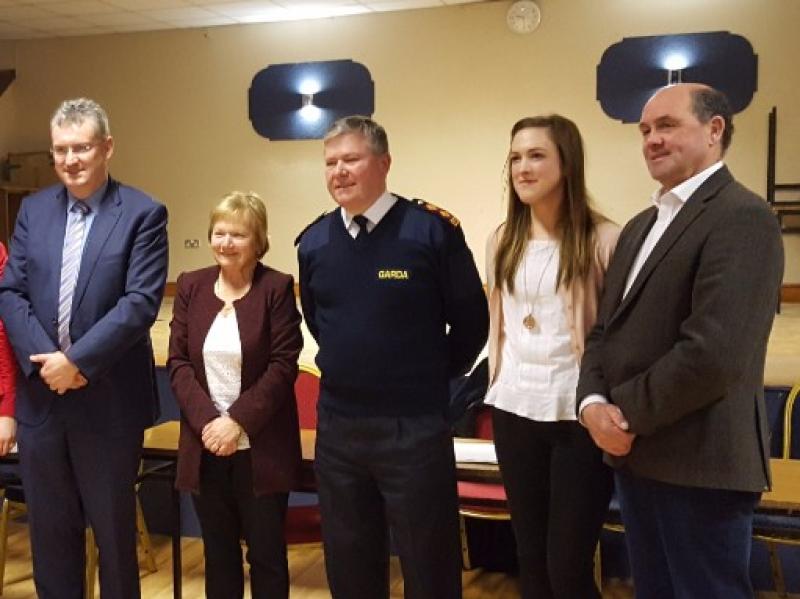 Speaking at tonight's Joint Policing Committee Public meeting in Drumshanbo's Mayflower Centre, Chief Superintendent, Michael Clancy, said that the Co Leitrim remains one of the safest places in Ireland to live, raise a family, work and grow old in.

"That did not happen by accident," he told those at the public meeting, adding that it was the support of the community and the spirit of co-operation between people and the gardai, that made this possible.

He singled out the text alert scheme success in the county noting that the first scheme in Co Leitrim, started in Carrigallen, had gone on to be the blueprint for the rest of the Sligo/Leitrim division.

Highlighting the important role the text alert had played in tackling crime in the Carrigallen area, Chief Superintendent Clancy said that the scheme's success in identifying and helping gardai to apprehend criminal gangs had , "sent out a message that if you go up to Carrigallen (to commit crime) you will be caught".

This message was now spreading to other areas as more and more communities set up text alert schemes.

Chief Superintendent Clancy went on to say that text alert had been instrumental in, most recently, tackling cross border crime gangs travelling from Belfast and Derry to commit crimes.

"(Text Alert) is a great collaboration to keep the county safe," he said. "You are proud of your county. It is a peaceful place to live in and that is why, when something happens like we have seen in Dungarven (where a 90 year old was murdered in his home) this week, it sends shockwaves through the country."

He went on to stress that, while many would say that it is the elderly who were most at risk, this was actually not the case.

"The statistics show that our elderly are actually the least at risk group," he pointed out. "The greatest group at risk in Co Leitrim is actually our young people. They are out socialising, they are young drivers on our roads."

That, he said, was the irony, that the group at least risk, the elderly, felt they were most at risk while the group that actually were at greatest risk, the young people of the community, didn't feel they were at risk at all.

He said that working having gardai work with the community through Text Alert, through the Joint Policing Committees  and other initiatives was vital in helping to address concerns from all sectors of the community, to keep Co Leitrim crime rates down.

"The key word here is partnership," he said.