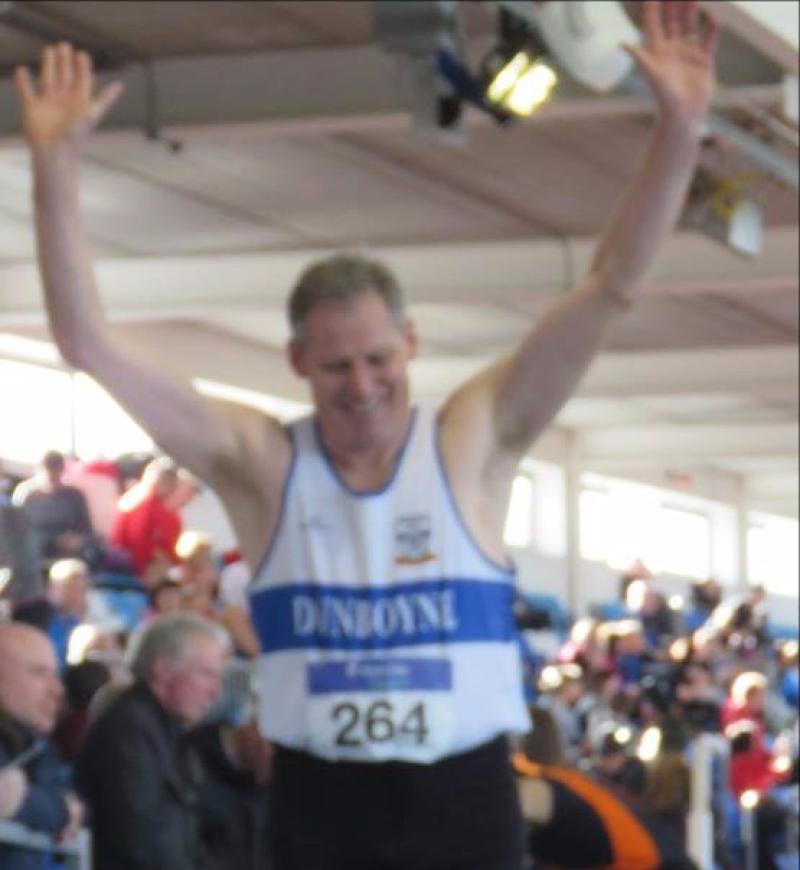 Michael Cornyn from Slievenakilla, Ballinaglera heads for Korea tomorrow to compete for Ireland in the World Masters Indoor Athletics Championships in Daegu.

Michael, who competed for North Leitrim Athletic Club for many years, currently resides in Co. Meath where he is a member of Dunboyne Athletic Club. On Michael's selection for the World Masters Indoor championships, Dunboyne Athletic Club state, “Next Thursday, 16th March, as most of us are planning our St. Patrick’s Day activities, Michael Cornyn will be jetting off to Daegu, South Korea with a 28 strong Irish Team for the World Masters Indoor Championships.

“Coming on the back of a couple of great recent performances in the Leinster and All Ireland Masters Indoor Championships and three solid months of training, Michael takes a 16-hour flight from Frankfurt to Seoul where he will spend his St. Patrick’s Day.

“After that he will take a two-hour train journey to Daegu. The Championship itself begins on Sunday, March 19th and Michael is planning to compete in the 8K cross-country race on Monday, March 20th.

“Competing alongside Michael will be Tom O'Connor (Liffey Valley AC) and Pat O'Grady (Drogheda AC). Michael's main event is the 800m and this takes place the next day so the schedule could have been kinder to him.

“Getting to the final will be a great achievement here with an 8K race in the legs. Michael hopes to compete in the 400m later in the week and also hopes to make the Irish 4 x 200m relay team. Dunboyne AC would like to wish Michael the very best of luck in South Korea and we look forward to reporting on how the Championships went for him and the team.”