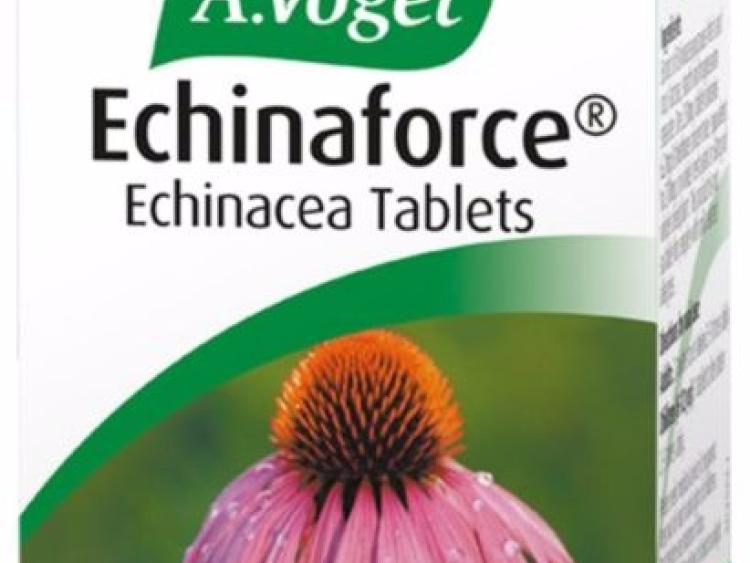 As the silly season winds down, we can sometimes feel a little worn down and as such be more susceptible to colds and flu. A.Vogel Echinaforce was developed by natural health pioneer, Alfred Vogel, who experimented over his lifetime to find the most effective Echinacea formula to make his patients stronger and healthier. Researchers are now gathering more evidence and getting closer to finding the scientific basis for his tried and tested herb and root formula, with new knowledge about how the plant works.

While many Echinacea products on the market are formulated using just the root of the plant, Echinaforce combines the root and herb together: the root for its anti-inflammatory action, which helps to reduce symptoms, and the herb for its anti-viral properties.When the herb and root are combined they provide optimum protection and the widest range of actions, effectively countering infections and minimising symptoms.

The aerial part of the Echinacea plant is now known to have a direct anti-viral action, interfering with the way cold and flu viruses enter human cells to minimise the chance of infection. It also reduces infectiousness and the transmission of viruses to other people, making it less likely that you will spread the misery to those around you.Meanwhile the anti-inflammatory mode of action reduces cold and flu symptoms in those infected and limits the amount of mucus produced by respiratory cells.

Dr Jen Tan, Medical Director at A.Vogel said: “Science is proving that Alfred Vogel’s journey to find the most effective formulation led to the right place. People who have tried Echinacea unsuccessfully in the past might not have been taking the optimum formulation containing herb and root. Not all Echinacea products are the same and it’s worth reading the small print to ensure that the one you are using contains both herb and root - it’s surprising how many Echinacea products on the market are just root, which does not offer the full benefit of the plant.”

Dr Margaret Richie from The University of Edinburgh has been involved in Echinacea studies and explains that the extraction process to use different parts of the plant has been shown to produce different results.

“Not all herbal medicines are standardised, meaning that a range of products labelled Echinacea can be formulated differently and may produce different results. I’ve used A.Vogel Echinaforce in previous trials for its herb and root composition and because it is made using fresh Echinacea, which has been shown to produce stronger anti-viral activity compared to dried alternatives. It has also undergone biochemical profiling that ensures that each batch is produced to the same high quality.”

Dr Margaret’s earlier studies looked into how the herb adapts to support different immune systems. “The clinical trial indicated that Echinacea supports low-running systems, and that well-supported immune systems are not over-stimulated by Echinacea.”