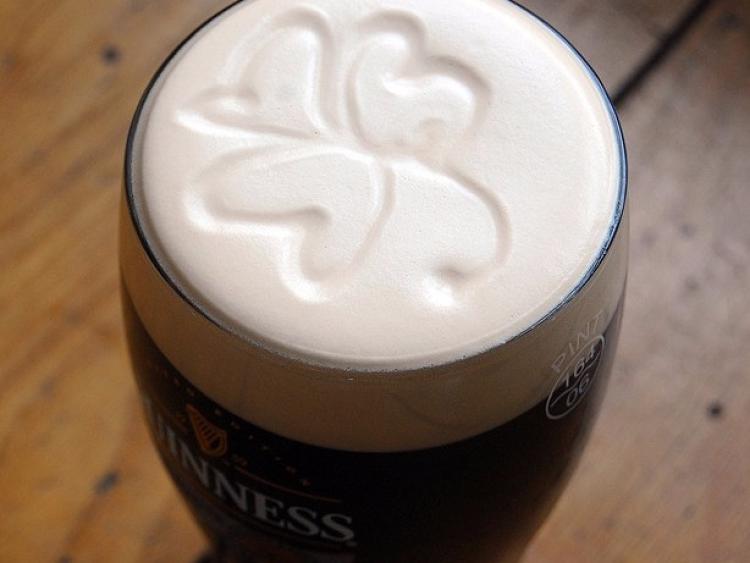 While we're not condoning the excess consumption of alcohol on St Patrick's Day the reality is that, inevitably, there will come a time on March 17 where we will encounter some..ahem...colourful characters, who may be just a bit 'under the weather'. Rest assured that their appearance is a sure sign that it is probably time you headed home to the comfort of your bed.

Here are some example of the characters to keep an eye out for....

Not an actual politician. This person hasn't been elected to represent, well, anything or anyone, but after about five pints 'The Politician' has progressed from dire observations about how bad a job the current government is doing to announcing that Ireland now needs a new saviour - himself! 'The Politician' will loudly inform you that what is needed is for the 'shower in the Dáil' to drop off the face of the earth so he can take over the running of the country. The fact that this move is not so much democracy at work as it is a lesson in how to be a dictator, is not up for discussion. You know it's time to leave if you find yourself contemplating nominating this person for next election, or if you start plan how to create an effigy of them made entirely out of soggy beer mats.

'The Crooner' - found perched on the edge of a bar stool in pretty much every drinking establishment in Ireland on St Patrick's Day. Generally men, but there have also been a few women known to succumb to the lure of crooning an appropriately sad Irish air emotionally into a pint. For best effect The Crooner only performs with their eyes shut - because that apparently improves the singing, or the atmosphere, or possibly just stops them seeing the pained expressions on their unwilling audience's faces. This character may also be supported by a group of fans who take responsibility for loudly shushing everyone in the bar so that The Crooner can, well croon, to greatest effect.  Be warned, just like any artist, there are varying degrees of professionalism among The Crooners. Basic crooners will only manage to warble five bars of any given song before fading away into awkward silence. The true masters of the craft will not only be able to croon the entire repertoire of the Clancy Brothers, they will be able to do it while holding a pint and with a lit cigarette dangling from the edge of their bottom lip - magic stuff. You know it's time to leave if you start to feel inspired to become a Crooner. Just don't.

Ah, welcome to the seventh level of hell, The Storyteller has arrived. Tolerable on an average day this character relishes the thought of an overflowing pub because there is an even bigger audience for his rambling tales. Every story starts with the same line: 'Did I ever tell you about.....'. People have been known to run screaming for the door as soon as those words are uttered. Unfortunately there is always someone who doesn't know who The Storyteller is and, despite the frantic hand signals from the surrounding crowd, responds with: 'No I haven't'. And the gate has opened, the horse has bolted and so begins the never-ending tale of David Murphy's sow....If you find yourself trapped by The Storyteller your only recourse is pray The Crooner turns up because even bad singing is better than a story with no possible conclusion.

To be fair this person usually just annoys the hell out of the tourists - because they'd get short shrift from anyone else. The Opportunist is easily identifiable, they have come prepared in their 'Kiss me I'm Irish' t-shirt and fleece tricolour hat. Their St Patrick's Day will be spent trying to teach American tourists Irish - more than likely how to say póg mo thóin - and offering themselves up as a willing kissing partner because of the 'day that's in It'. You know it's time to go home when their antics stray from annoying to mildly amusing. Shame on you.