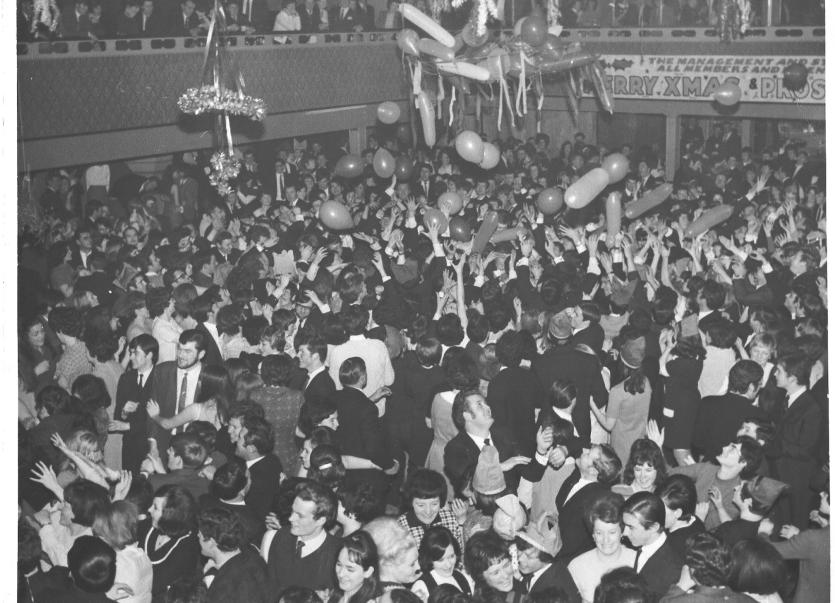 Inside the Galtymore during its heydey

A story by a Leitrim man features prominently in a new book recalling the halcyon days of the showband era which was launched this week.

'From The Candy Store to the Galtymore' chronicles the late 1950s to the 1970s in rural and urban Ireland through the stories of the young men and women who religiously went to their local Ballroom of Romance each weekend.

The book echoes an era of social and cultural uprising in Ireland as the country began dancing the weekends away to the sounds of showbands in newly-built ballrooms.

It was the time of Larry Cunningham, Joe Dolan, Brendan Bowyer, Dickie Rock and Butch Moore and wherever they played, the crowds followed.

In an era of little money for entertainment, Peter gives a hilarious account of how four guys made a bet to see if they could get into a  dance without having to pay.

And no, they didn’t walk in backways and pretended that they were walking out.

Queen of Country and Irish Margo O’Donnell, writes a harrowing account of how she met a down-and-out before a show in London and became great friends with him as he battled against drink before his death.

It is a story of sadness but full also of pride in how he turned his life around to die a proud man.

The book, which is dedicated to music man extraordinaire, Ricey Scully, also contains two hilarious stories rolled into one by the former Twiggs and Crackaways member concerning The Singing Nun and U2.

Co-editors PJ Cunningham and Dr Joe Kearney trawled the country over the past year to bring Ireland’s showband stories together in one book.

In all, there are 70  contributions contained in this social and cultural review of the time.

“From The Candy Store To The Galtymore is a collection with twists in every turn – stories of romance, of chance meetings and tales that are funny and maybe even mischievous,” said PJ.

“All human life gathered for the weekly dances in what was a cultural shift away from the more formal céilís which held sway up until then.

“The showband dances were modern and slightly more brash occasions than the country had been used to but, if anything, the number of stories of love and loss, rows and ructions, fun and games grew in the new environment.

“The book looks at this era from left of centre and collects the forgotten, overlooked or rarely-told stories of that time.” 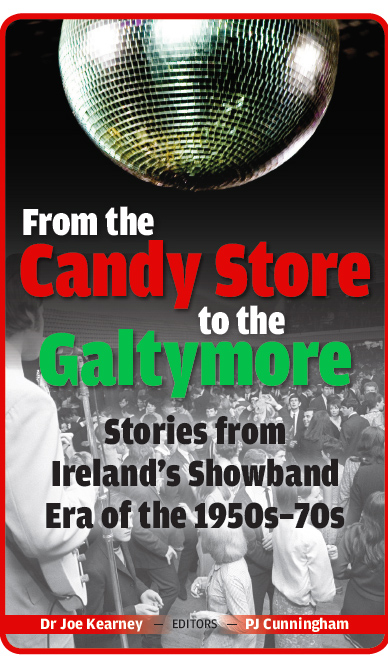 The sources are mainly ordinary folk with some interesting insights from singers, musicians and band managers as well.

It is available all over the country from this week and is published by Ballpoint Press.

'From The Candy Store To The Galtymore' is co-edited by PJ Cunningham and Dr Joe Kearney (Ballpoint Press 2017) (€14.99)