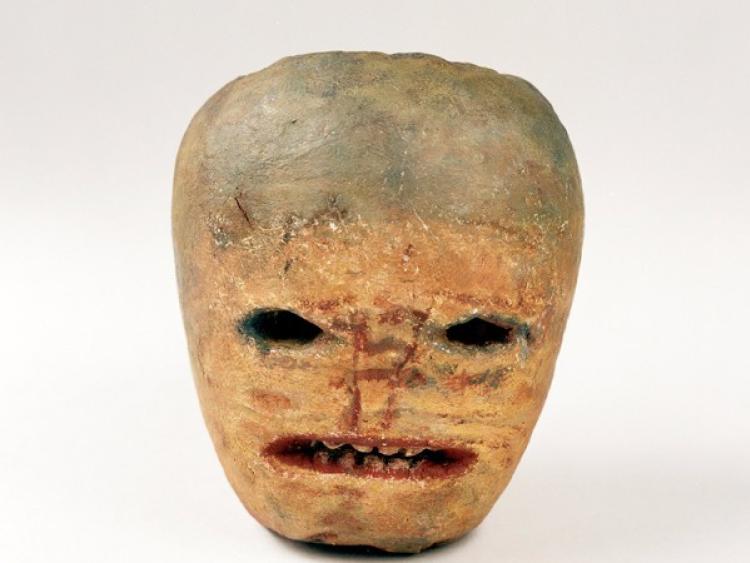 Before people carved out pumpkins, they used turnips.

The Mayo branch of the National Museum of Ireland is inviting people to visit this Hallowe’en to see how an ancient Celtic festival enjoyed by our ancestors has inspired many of the fright-season celebrations still practiced today.

The Museum of Country Life, at Turlough Park, Castlebar, has an exhibition on Irish customs and traditions with a section dedicated to Samhain - an important seasonal marker for our rural ancestors and the predecessor of the modern Hallowe’en festival we know today.

One small but significant artefact on display is a carved turnip - or ‘ghost turnip’. This old Irish tradition of carving turnips into scary lanterns led to the American carved pumpkins which have become almost a universal symbol for Hallowe’en.

"Many of the Hallowe’en celebrations we enjoy today owe their origins to our Celtic ancestors. Hallowe’en is the eve of Samhain, which falls on November 1 and which was one of four seasonal markers (Quarter Days). It signalled the onset of winter and like most Irish festivals, the main festivities took place on the night beforehand, in this case October 31.

“Hallowe'en is one of the few festivals of the calendar year that is still practiced in much the same way as it was for generations. Before electricity, the countryside was a very dark place, adding to the scariness of the festival.

“Disguise, death, protection, fruit and nuts as festive fare, games, pranks and marriage divination were all part of the tradition and still are today. Although nowadays, less is homemade – supermarkets do the barmbrack, the costumes and the treats!” 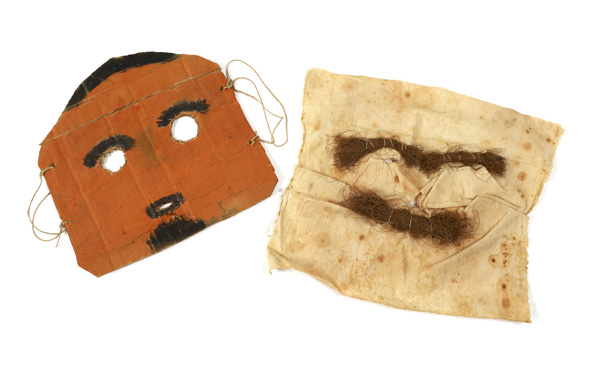 The association of Samhain with winter and death in nature meant it was a time for remembering those who had died and for protecting the home and family. Holy water was sprinkled on the inhabitants, around the threshold and on the animals and farm. Often, small wooden or straw crosses were made and hung to offer protection and luck for the coming winter and year.

Traditionally a harvest of fruit and nuts was gathered for the festive fare and also featured in children’s games on the night. Common games included ‘bobbing’ for apples and ‘apples on a string’. Other traditional Hallowe’en foods include báirín breac, colcannon (mashed potato with cabbage and onions) and boxty (potato cakes).

Guisers (men or children dressed in disguise) went from house to house wearing masks and costumes to frighten their neighbours. The visitors provided entertainment in order to secure a treat from the household. It was a night for pranks and dares, often known as ‘mischief night’ or ‘trick or treat’. The modern day practice of ‘trick or treating’ stems from this tradition. Playing ‘Knick Knock’ jokes was common - knocking loudly or throwing cabbage heads at doors and running away was a well-practised Halloween prank. Dismantling and reassembling carts in houses or through the farm gate was also common.

Hallowe'en was also known as ‘ghost night’ or ‘spirit night’ and the souls of the dead were expected to return to the family home. All Soul’s Day for remembering the Faithfully Departed is on November 2. There was a belief that evil spirits were about on Hallowe’en so people avoided travelling alone on this night for fear of abduction. Fairy mounds, trees or forts were avoided. People who had to travel on the night often took with them a black-handle knife or a steel needle.

Candles were placed in windows. Carved turnips were popular for turning into scary lanterns for walking with or placing in windowsills. The pumpkin that is prevalent today is an American development of this idea.

People believed that on this night the spirits of the dead would be on the move through the countryside. Hallowe’en masks were made ‘to frighten the living daylights out of people’ and there are some of these scary masks on display in the Samhain section at the National Museum of Ireland - Country Life.

The báirín breac was the traditional cake eaten at Hallowe’en. Many people are familiar with the tradition of putting a ring into the cake. Whoever receives the lucky slice is destined to be the next to marry. However, other items to predict the future were sometimes put in the cake too. These included a thimble (spinsterhood); a button (bachelorhood); a stick (to be beaten by the spouse); a rag (poverty); a coin (wealth) and a crucifix (the taking up of religious orders).

Putting objects such as apples, cabbages, spade heads or spinning wheel parts under your pillow on Hallowe’en was believed to induce a dream about your future spouse. Common dreams could feature the future spouse offering water or a towel if the dreamer had fasted before sleep or not dried their face! Blindfolded games were often used on Hallowe’en to determine the size and stature of a future spouse – one game involved selecting a cabbage and its size, shape and roots indicated the qualities of the husband-to-be. Four bowls, each containing water, a ring, clay and food where placed on the table and the one selected by the blind-folded participant, would indicate emigration, marriage, death or prosperity in their future.

Stories were told to children of the Púca, the Celtic ghost, going about on this night spitting on the wild fruits. This was to try and prevent them from eating the damaged berries and apples after this date.

For many people in Ireland, October 31 is the night for community bonfires, especially in housing estates in the cities and towns. Even in the west of Ireland, where a summer bonfire at St John’s Eve was more common, the Hallowe’en bonfire tradition is becoming more popular. Bonfires were lit to celebrate community identity, offer protection and mark the move into the season of darkness.