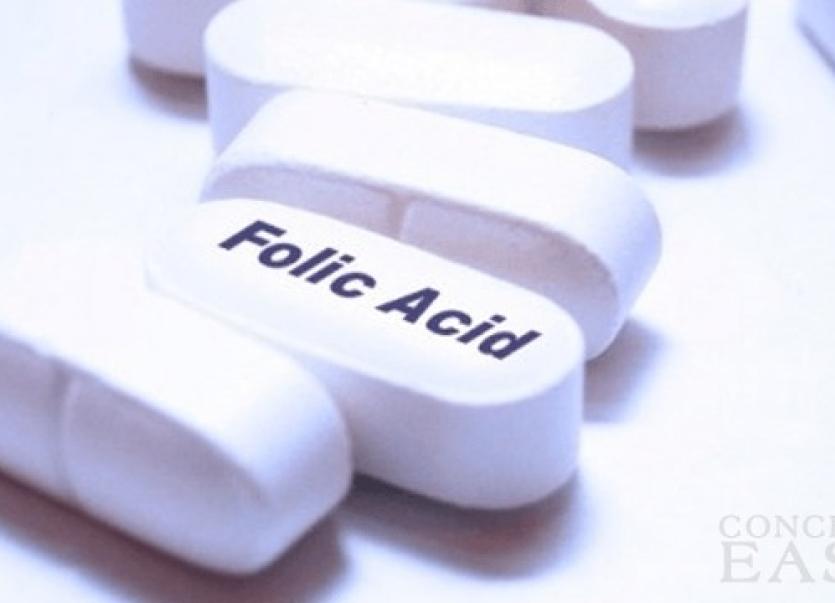 33% of women in Ireland are not meeting World Health Organisation (WHO) recommended blood folate levels for the prevention of neural tube defects (NTDs) in early pregnancy.[i] This was the key finding of a new report commissioned by safefood entitled ‘The folate status of pregnant women in the Republic of Ireland; the current position’.

The report went on to reveal that only 1 in 4 women who took folic acid started it at the recommended time i.e. at least 12 weeks before conception. Almost all (98%) of women reported that they started taking folic acid after they found out they were pregnant. However, on average this was at 5.5 weeks into the pregnancy. Folic acid is needed to support the effective closure of the neural tube of the spine and brain, which happens very early in pregnancy (at approximately 21–28 days after conception). This early closure is why the WHO recommends all women who may become pregnant to take a daily supplement of 400 micrograms of folic acid prior to conception. The supplement should also be continued until at least the twelfth week of pregnancy.

NTDs arise due to incomplete closure of the neural tube (the embryonic structure that forms the brain and spinal column) within a month of conception which can lead to the development of a number of serious health conditions in the unborn child. The two most common NTDs are anencephaly and spina bifida.

The UK and Ireland have had a higher rate of NTDs than other European countries and a recent study showed that incidence rate of NTDs in the Republic of Ireland has increased from 0.92 per 1,000 births in 2009 to 1.17 per 1,000 births in 2011. Since the early 1990s it has been known that daily 400mg folic acid supplementation before and during the early stages of pregnancy can reduce the risk of the fetus developing NTDs by 70%.

Commenting on the report, Dr Cliodhna Foley Nolan, Director of Human Health and Nutrition, safefood said, “This report highlights that one third of pregnant women are not being adequately protected against the risk of NTDs. These women are not meeting the WHO recommended minimum folate levels in the Republic of Ireland for the prevention of NTDs. It is concerning that the number of babies developing NTDs has increased in recent years and along with the UK we have a higher rate of NTDs than other European countries due to our genetic disposition. A high proportion of pregnancies are not formally planned, (50% of babies born in Ireland), this research underlines the critical importance of taking daily supplementation of folic acid for all women who could become pregnant. A daily supplement is the way to go as a healthy diet alone won’t help women achieve the WHO levels”.

Professor Michael Turner of the UCD Centre for Human Reproduction at the Coombe Women and Infants University Hospital and principal contractor for this research project said “This research proves that the low levels of folic acid supplementation in Ireland has led to one third of women of women not reaching the WHO recommended blood folate levels, sufficient for reducing the risk of the baby developing a serious lifelong health condition such as spina bifida. The research also revealed that even though 98% of women took folic acid after they found out they were pregnant, only one in four of the women who took folic acid took it for more than 12 weeks before conception as recommended.”

Tom Scott, CEO, Spina Bifida Hydrocephalus Ireland, said, “As the representative organisation for people living with spina bifida, we know first-hand the serious life-long impact that these conditions have, not only for the person living with them, but also for their families and carers. The burden of care associated with spina bifida is extremely heavy and quality of life is negatively impacted. Taking a daily folic acid supplement, regardless of whether you plan on having a baby, needs to be engrained in the daily routines of all women who could become pregnant.